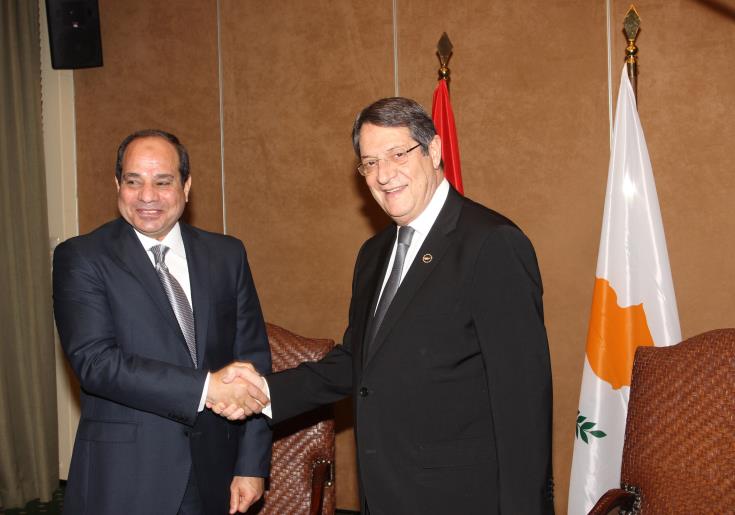 A new chapter in the relations between Cyprus and Egypt begins on Saturday with the historic first Intergovernmental Meeting between the two states taking pace in Cairo, with the participation of Cyprus President, Nicos Anastasiades, and his Egyptian counterpart Abdel Fattah El-Sisi.

The two leaders will discuss an extended agenda of issues concerning their countries, giving another stong message of cooperation and of their common will for security and stability in the region.

Anastasiades is accompanied by the Ministers of Foreign Affairs, Defence, Energy, Education, Agriculture, the Deputy Minister of Shipping and the Government Spokesman.

Energy issues, the further strengthening of the defence cooperation between the two countries and the reinforcement of the business relations are among the most important issues that the two leaders will discuss.

After the two Presidents` meeting, expanded talks will take place, with the participation of the Ministers of the two governments, during which various issues concerning the two countries will be discussed.

Following  that Anastasiades and Sisi will make statements to the press to be followed by a working lunch.