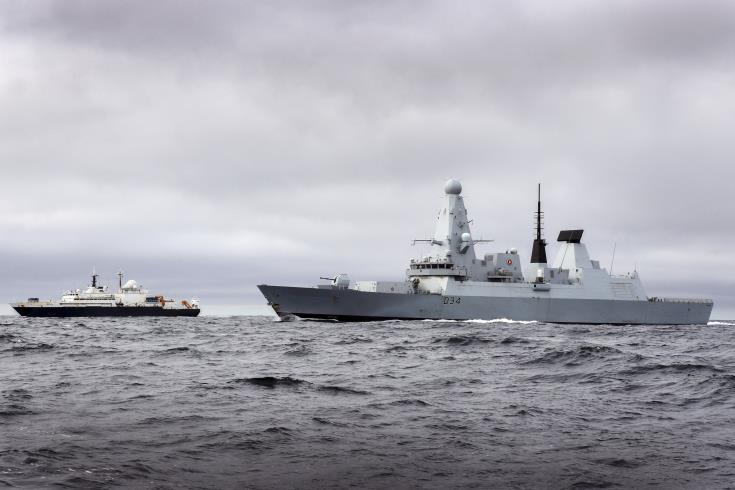 The Royal Navy of Britain and the National Guard of Cyprus have conducted a passing exercise-PASSEX under the name “CYP / UK -01/2020,” according to a press release by the defence Ministry in Nicosia.

The PASSEX is the first exercise between the National Guard and the Royal Navy and was co-designed, it said.

“The exercise was successful, and it  provided, for the first time, a substantial and practical opportunity for the Navy and Air Force to cooperate with the Royal Navy,” it added.

The exercise was carried out in the context of the presence in the region from September 12-17 of the Offshore Patrol Vessel (PATH) OPV HMS TRENT (P-224) of the Royal Navy.

Vessel “IOANNIDIS” of the Naval Forces along with Patrol Ships  “TSOMAKIS”, “GEORGIOU” and “FAMAGUSTA” and the HMS “TRENT” took part. One Helicopter also participated in the exercise.
(CNA)