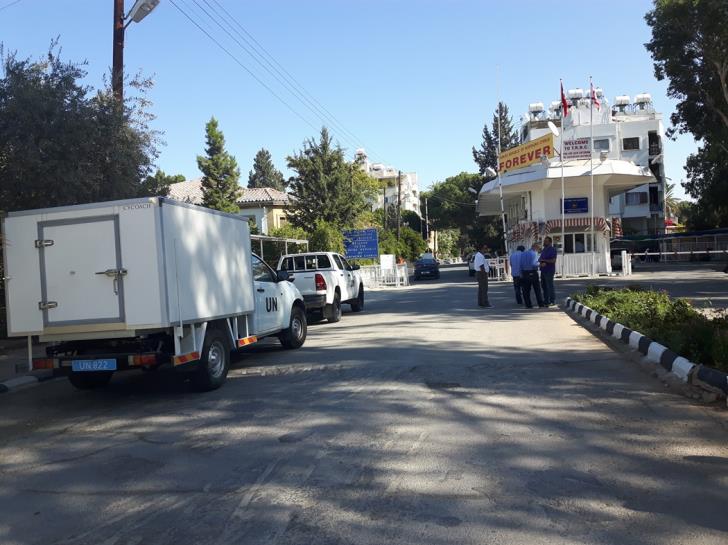 The first exchange of criminals between the breakaway regime and the Republic of Cyprus took place yesterday at the Ledra Palace checkpoint.

The exchange was meditated by the UN, CNA reported.

Republic of Cyprus authorities handed over a suspect for the murder of 53 year-old Turkish Cypriot Hasan Isik Ozgocmen, who was killed in September 2018 in Trikomo. The suspect is said to have fled to the government-controlled areas after the incident.

In exchange, four persons believed to be involved in the murder of Ernest Leonides in Limassol in February 2018, were handed over from the occupied north.

Hakki Onen, co-chairman of the Technical Committee on Crime and Criminal Matters, said the exchange was important and that it became possible after meetings with the UN.

He noted that the suspects would be brought before justice and added that the committee would do anything possible for advancing cooperation.

Turkish Cypriot leader Mustafa Akinci expressed his satisfaction with the development and thanked all those who contributed to the exchange. “Neither the one side nor the other should be a safe area for criminals to take refuge,” he said.

According to Turkish Cypriot media, “foreign minister” Kudret Ozersay stated that the exchange of criminals was a result of unofficial meetings he held with Greek Cypriot negotiator Andreas Mavroyiannis.

“This situation should not be exploited politically. This is a cooperation which was made possible after an unofficial agreement,” Ozersay said.

By In Cyprus
Previous articleWhich brands do car thieves in Cyprus prefer?
Next articleAerial spraying against mosquitoes in Larnaca