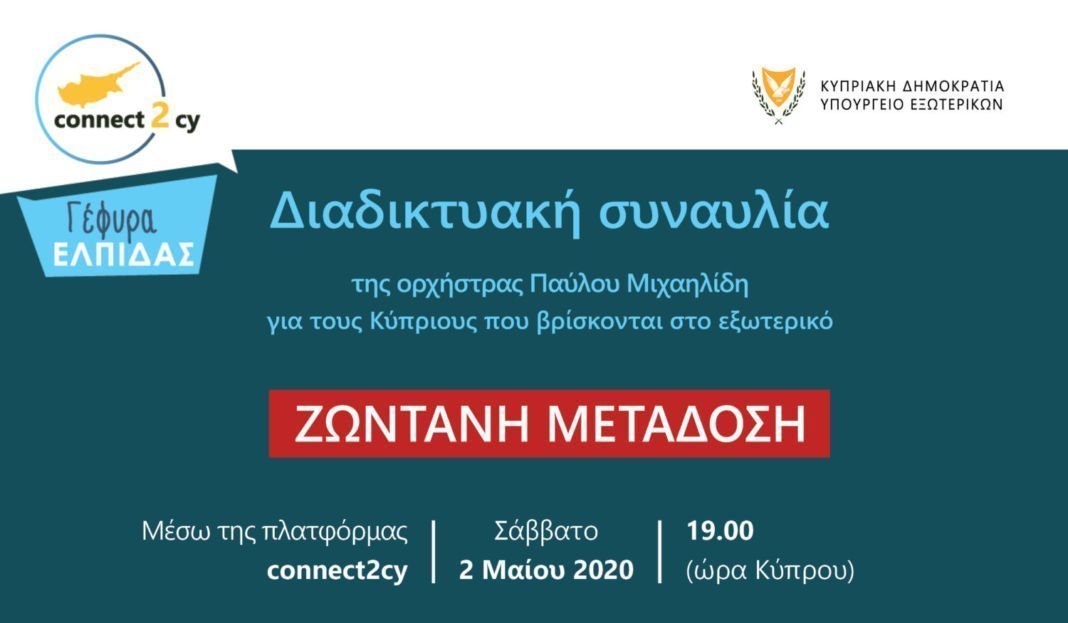 The Foreign Ministry is live streaming a concert through its platform connect2cy for Cypriots and Cyprus permanent residents stranded abroad during the pandemic.

The concert features the Pavlos Michaelides orchestra with local artists who will perform traditional and popular music, it said.

The ministry said it was organising the concert for the more than 20,000 Cypriots and non-Cypriots with legal residence who found themselves abroad during the pandemic.

It can be watched live by all connect2cy  users including those who have repatriated through their platform account.

It is the first of a series being organised by the ministry under the title “Bridge of Hope” for those away from the island.

The ministry said that through the national crisis management centre and diplomatic missions it has been offering practical support to Cypriot citizens abroad to resolve problems. It said it was also working with other ministers on the managed and gradual repatriation of Cypriots and foreign citizens with legal residents, which is process.

It thanked the artists for their participation and Strovolos Municipality for the use of the municipal theatre stage.