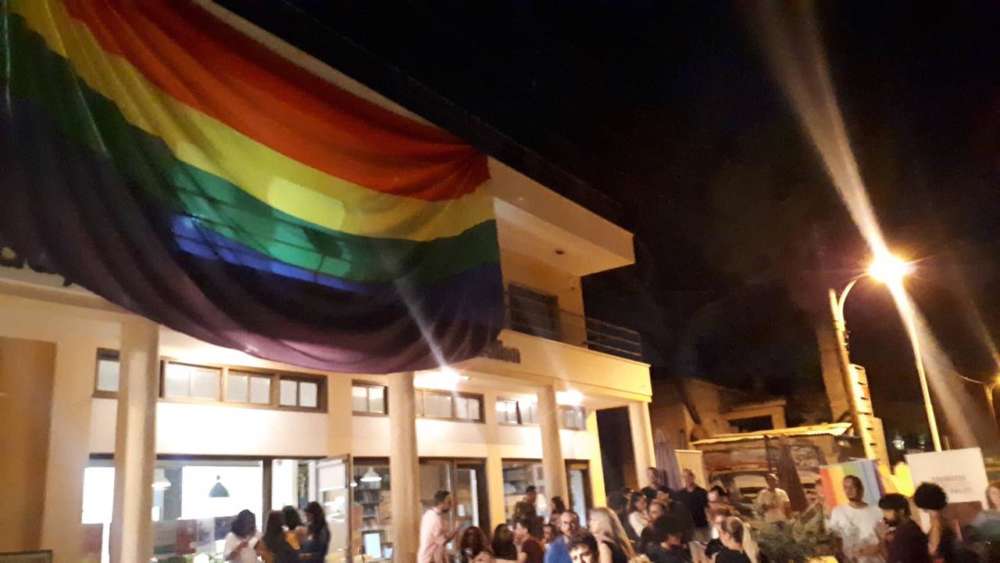 The first bicommunal festival for LGBTI+s and their allies was held in Nicosia on Saturday, organised by Accept – LGBTI Cyprus and Queer Cyprus Association.

Titled “UNITED BY COLOURS” it took place at the Home of Cooperation as part of the ‘Open Door Civil Society Festival’ organised by Civic Space / Sivil Alan and funded by the European Union.

The festival was designed to mark the close cooperation of the two organisations, further strengthen their relations, but also to unify the movement for the promotion and protection of human rights of LGBTI+ and social equality along the island.

With the common values ​​of intersectionality, trust, understanding, equality, equality and friendship, the two organisations have agreed on a Memorandum of Understanding, in order to maintain a sustainable advocacy.

This bicommunal union hopes to prove that cooperation, mutual understanding and coexistence of the two communities is feasible and can be an example to follow.

The aims of the Festival were, the strengthening and empowerment of the relations between the two organisations, getting to know LGBTI+s and their allies from both communities, inform LGBTI+s and their allies about the future action and cooperation of the two organisations and providing an opportunity for all individuals in both communities to express their ideas and expectations publicly.

The programme started with a discussion-workshop where people could share ideas, suggestions and expectations for future action in the framework of collaboration.

This was followed by a briefing by representatives of the two organisations on the status of LGBTI+ issues, the needs that exist and their future cooperation and action planning.

There was then an “OPEN MIC” during which every LGBTI+ or ally had the opportunity to talk, sing or present something followed by a music programme by bands/performers and  DJ’s.

Throughout the festival the individuals had the opportunity to paint on a cloth to be used in the future by the two organisations in their joint activities, to complement the timetable with events considered to be milestones of the common movement, and, of course, to dance and have fun.

The festival culminated in a fire performance, which was symbolically lit by representatives of the two organisations.

Accept-LGBTI Cyprus and Queer Cyprus Association have thanked all the artists and volunteers who contributed to the festival: Vangelis Ghettos, Evagoras Bek, Ivan Zverev, Dj-Jojo (Georgia Charalambous) and the person in charge of the sound and equipment, Vasso Agarokleous.