First baby with DNA from three people born in Greece 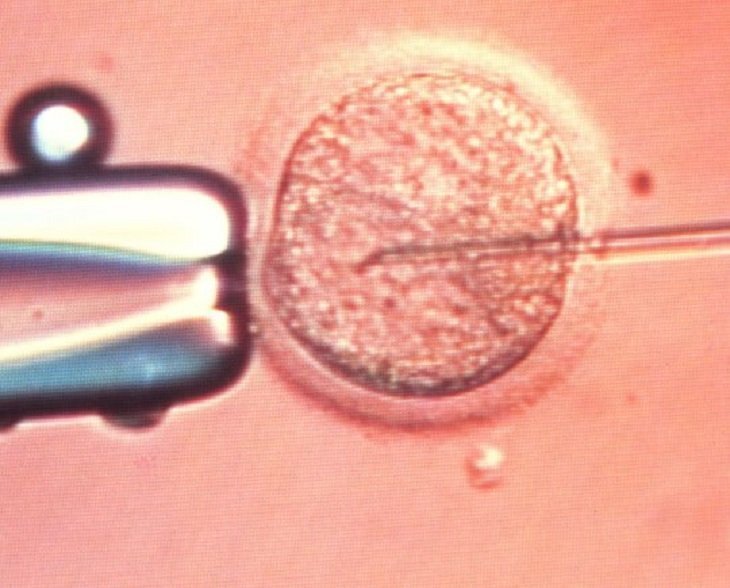 A baby with DNA from three people has been born in Greece following a controversial fertility treatment.

The baby boy, weighing 2.9kg was born on Tuesday.

Both he and his 32 year old mother are said to be in good health.

Doctors from Greece and Spain are behind the treatment. They say that the birth marks a historic advance as it is the first time an IVF technique involving DNA from three people has been used with the aim of addressing fertility problems.

But UK experts criticised the decision to proceed with the treatment, which they said was not backed by evidence and involved unjustifiable risks.

The experimental IVF treatment, known as mitochondrial donation, involves using an egg from the mother, sperm from the father and another egg from a female donor.

The vast majority of a person’s genes – about 99.8% – are found on the 23 pairs of chromosomes that sit inside the nucleus in each cell in the body, and in the IVF procedure this DNA comes from the two parents.

However, a tiny proportion of genetic material also resides in a cell’s mitochondria, small structures that act as the cell’s batteries and float around freely in the cell body. In mitochondrial donation, the mother’s mitochondria are removed from her egg and replaced by a donor’s.

The treatment was originally developed as a treatment that could prevent women with debilitating or even fatal mitochondrial diseases from passing them on to their children.

The treatment was made legal in the UK in 2015, but so far no other country has introduced laws to permit the technique. There is only one known instance of the technique being applied clinically, in which a family from Jordan were treated by US doctors at a Mexican clinic, prompting controversy.

The doctors behind the latest treatment claim that mitochondria also play a role in successful pregnancy and suggest that the technique could be applied more broadly as a fertility treatment. The 32-year old woman in the latest case had previously undergone four unsuccessful rounds of IVF.

Nuno Costa-Borges, the Spanish embryologist who collaborated with the Institute of Life clinic in Greece, where the treatment took place, said it could help “countless women” to become mothers and described the advance as a revolution in fertility treatments.

However, others said these claims were entirely untested.

Tim Child, an associate professor at the University of Oxford and the medical director of the Fertility Partnership, said: “The risks of the technique aren’t entirely known, though may be considered acceptable if being used to treat mitochondrial disease, but not in this situation.

“The patient may have conceived even if a further standard IVF cycle had been used. Without a proper well designed study, with the use of controls, it is not possible to say whether this technique has benefitted the patient.”

A spokeswoman for the Human Fertilisation and Embryology Authority, the UK fertility regulator, said that in the UK each application for treatment is considered on an individual basis and only for patients who have a very high risk of having a child with a life-threatening mitochondrial disease. “There is limited evidence on risks and success rates, and it should only be used cautiously in cases where alternative treatments would be of little or no benefit,” she added.