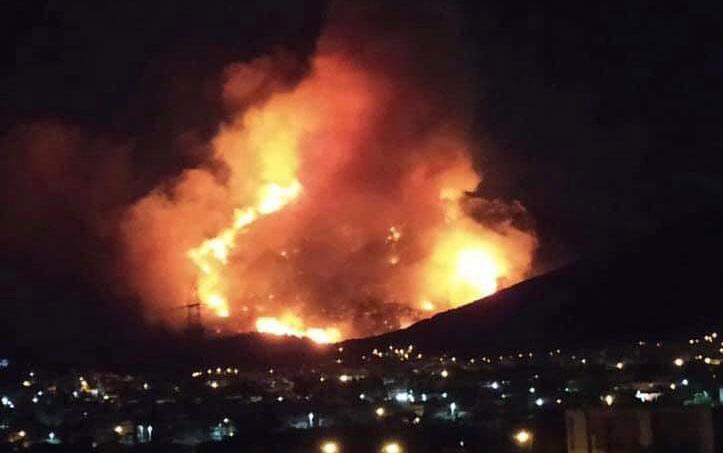 A large fire fanned by strong winds that spread quickly over the slopes of Mount Hymettos near Athens was subsiding by early Monday, authorities said.

Some 141 firefighters aided by five firefighting aircraft and five helicopters fought the blaze that started after midnight in the city’s eastern suburb of Paiania, the fire brigade said.

“We faced a big front with flames that shot up to 20 metres and reached the mountaintop. It is in recession now but we still have a lot of work to do,” Civil Protection General Secretary Nikos Hardalias told Skai TV.

Authorities have warned of the high risk of wildfires across large parts of Greece due to soaring temperatures and strong winds.

In the last 24 hours Greece‘s fire brigade had been called to put out 60 wildfires across the country, including a blaze in Elafonissos, an island south of the Peloponnese, which forced the evacuation of campers.