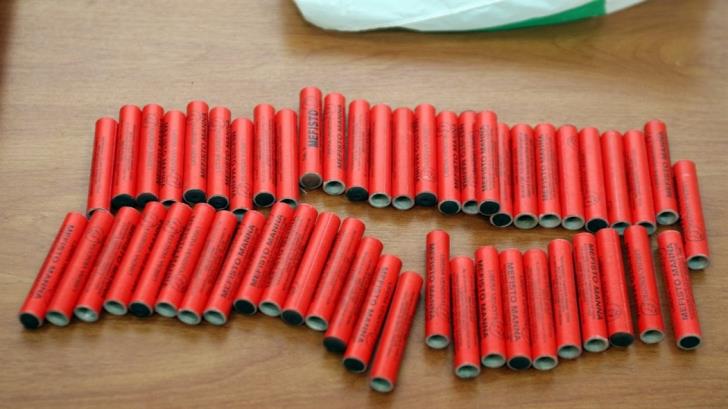 The Turkish factory, which was for many years the main manufacturer and supplier of great quantities of torpil firecrackers to Cyprus’ free areas during the Easter period has closed down.

According to police sources, to fill the vacuum created by this fact with regard to the smuggling of firecrackers, a group of crooked Turkish Cypriot shopkeepers in Pyla raised the prices of firecrackers this year, alleging that they are selling last year’s available stock, thus taking advantage of the situation. To be more precise, last year a packet of 40 torpil firecrackers was sold at 12 to 13 Euros, while this year the same package costs 15 to 18 Euros. The price increases even more when sold to youngsters by Greek Cypriot resellers reaching up to 25 to 30 Euros a packet, since not many people are able to access Pyla in order to buy for themselves.

At the same time, the Security Authorities are also worried about crooked Turkish Cypriot wholesale firecracker sellers in the occupied areas, since they are desperately searching for alternatives as to not lose the “baksheesh” of the Greek Cypriot buyers. Either through other factories in Turkey, or by importing firecrackers from other countries to Turkey and from Turkey to the occupied areas. It should also be noted that, according to past information, at least three to four importers are dealing with the profitable trade of firecrackers to the free areas of Cyprus during the Easter. These importers keep their own storage units and transfer the firecrackers to Cyprus by boat from Turkey to the occupied port of Kyrenia. Furthermore, although it is now widely admitted that for some reason, in recent years, there appears to be some sort of recession in the illegal firecracker trade from the occupied areas, it is nevertheless estimated that the turnover from this illegal activity amounts to many hundreds of thousands of Euros.

By In Cyprus
Previous article“And what is left of the rose, is only the name”
Next article‘Moments at the Museum: Dream Travellers’ by Athanasios Athanasiou