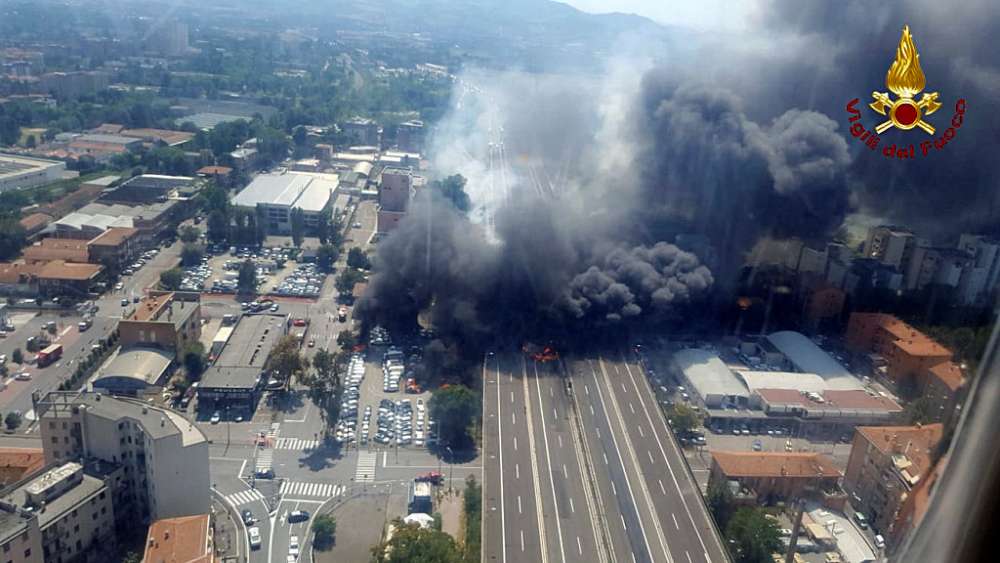 Two trucks collided on a motorway near Bologna airport in northern Italy on Monday, sending a huge ball of fire and billows of black smoke soaring into the sky.

At least one person was killed and around 55 were injured, 14 seriously, according to local media.

Police said they had closed off the road where the crash took place as well as the surrounding area in Borgo Panigale, on the outskirts of Bologna.

Part of the bridge collapsed and the resulting explosion and fire spread to a carpark below the bridge, where several other vehicles caught fire and exploded.

Firefighters and ambulances headed to the scene.

A video shot from a parked car at the moment of the explosion appeared to show someone being engufled by flames when the tanker exploded.