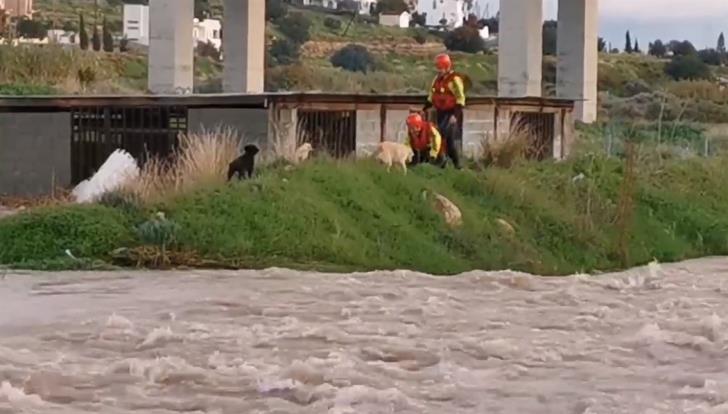 It’s been a busy past few days for EMAK, the fire services’ special disaster response team, because of the heavy rains.

Not only have they been called in to help people trapped in cars as a result of flooded roads, but on Wednesday stepped in to save four dogs.

The fire services posted a video on Facebook of EMAK officers responding to a call to rescue four dogs trapped on a small ridge in the middle of Kouris river, near the village of Kantou.

By In Cyprus
Previous articleGovernment guarantees for EIB loans, tax incentives for innovation
Next articleSaudi Arabia’s investment plans include Cyprus