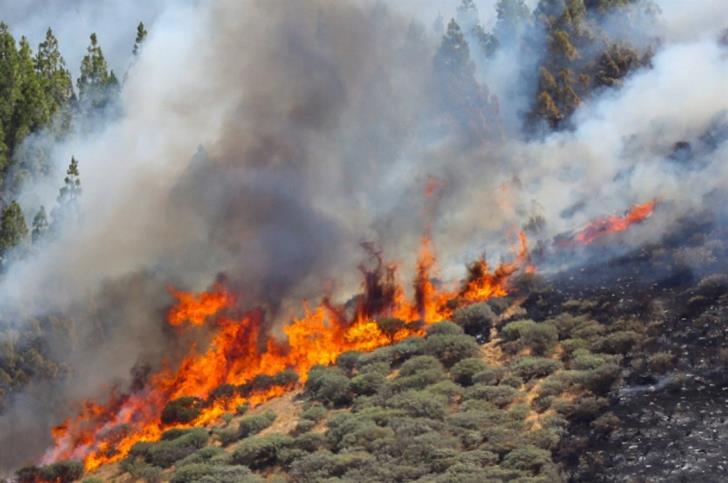 The fire services said on Monday that they have brought in extra personnel and stepped up patrols in cooperation with police both at night and during the day in areas at increased risk of fire.

They made the announcement while informing the public that fire fighters had extinguished a fire north of Kourris Dam, near Kantou in the Limassol district at around 3.35 am.

The fire services they had responded with seven fire trucks and 20 fire personnel as well as two helicopters. The fire was contained at 7.50 am before winds picked up in the area.

“The fire broke out in very difficult terrain in a private forest where there is no human activity. It burned half a hectare of dry grass, wild vegetation and pine trees,” it said.

Personnel remain on the scene to prevent the fire from starting up again while the exact cause of the fire is being investigated.

“Based on the conditions under which this fire broke out and the weather conditions, the fire services urge the public to avoid any activity which may cause a fire.  We also urges members of the public to alert the police and fire services in time if they see any fire on telephone 112 and 1407 and to inform authorities if they see any suspicious movements,” the announcement concluded.

For its part,  the Forestry Department issued another red alert on Monday, urging the public to be particularly careful.