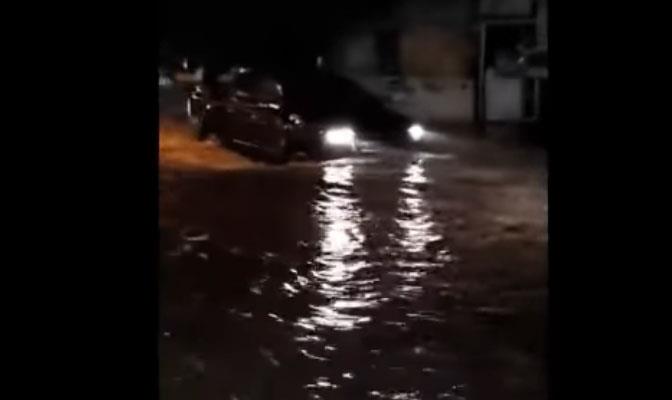 Heavy rains not only led to a temporary closure of part of the Larnaca-Paralimni motorway last night, but saw the fire service responding to 25 calls in the Larnaca and Famagusta districts to tow cars and deal with flooding.

In the Larnaca district, fire fighters received seven calls of which one concerned the pumping of water from a basement of a house and two apartments which sustained slight damage because of rain water. They also towed two cars with passengers which became trapped on flooded roads and pumped water from a recreation boat in Larnaca Marina in cooperation with marina technical staff.

Famagusta fire fighters were also kept busy responding to 18 calls in the villages of Xylophagou, Liopetri and Sotira and in Protaras. Of these 12 concerned the flooding of houses from rainwater as result of flooded roads and fields. In cooperation with local authorities, the fire service used excavators to create channels for the rainwater to drain away, they said in an announcement.

Moreover, the fire service said it had pumped water from three shops and towed three cars with passengers who became trapped on flooded streets.

By In Cyprus
Previous articleBanks look out for new sectors to grant new loans
Next articlePaphos: Aegean launches flights to Athens