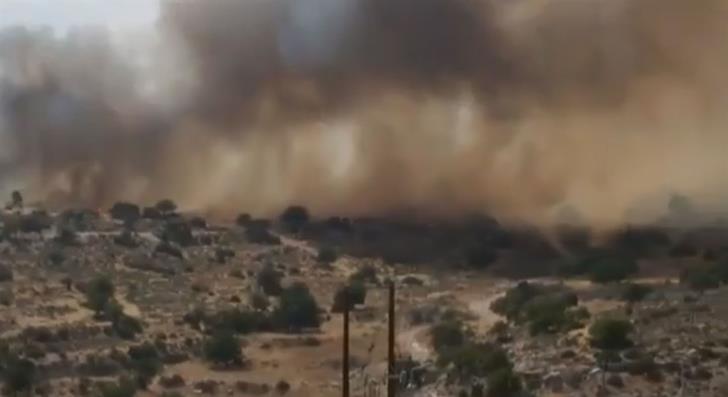 A fire was raging near Erimi, Limassol, on Thursday afternoon with the fire service doing battle on two fronts.

The fire has spread to wild vegetation. Nearby houses are not at risk. A fire service spokesman said that the danger of the fire spreading to livestock farms has been averted, while efforts are continuing to place it under control.

Efforts are being hampered by strong winds and the rough terrain.