Fire near Pachna partly contained; risk of flare up remains 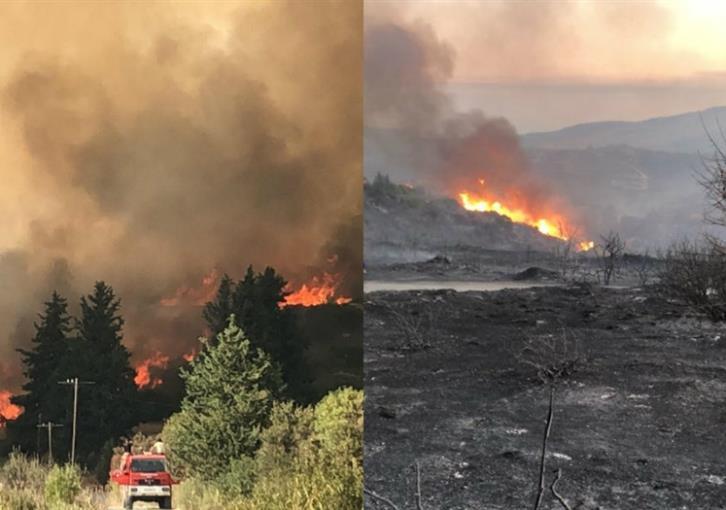 A fire raging near Pachna since around noon on Monday has been partially contained but the risk of a flare up remains, the Cyprus New Agency reports.

Scores of fire fighters battled with the blaze overnight, and fire fighting air craft were back in operation with the first light of day to reinforce the effort to extinguish the fire.

The fire has scorched about 2 square kilometres of wild vegetation, agricultural cultivation and some mainly agricultural buildings, the news agency added.

A final evaluation of the damage will be carried out later today.

Police said roads which had closed because of the fire have reopened.

Electricity authority crews were able to restore power to a number of villages in the area at around midnight on Monday after the fire burnt electricity poles plunging several communities into darkness.

A 49 year old Greek Cypriot man is under arrest and has been questioned in connection with the fire.

By In Cyprus
Previous articleFire between Pachna-Malia still raging out of control
Next articleEpstein co-conspirators ‘should not rest easy,’ says U.S. AG Barr