Fire in Amargeti under control – UPDATED 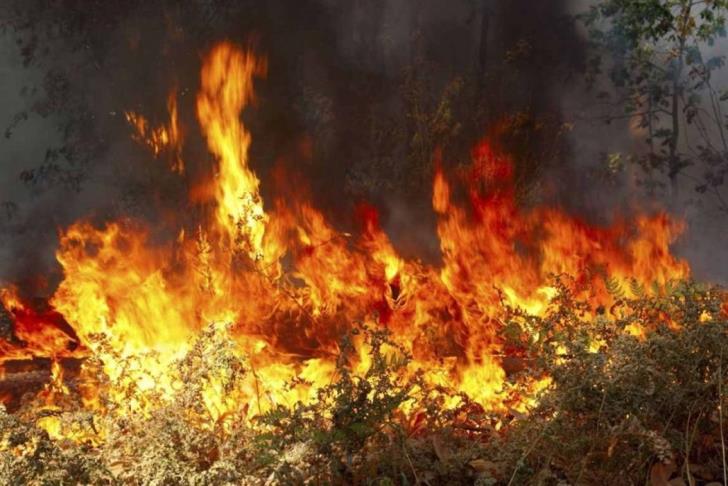 A fire broke out around 13:30 near the village of Amargeti in Paphos in a very inaccessible area, Philenews reported. The fire was brought under control around 19:00.

According to the Fire Department’s spokesperson Andreas Kettis, 5 fire trucks from Paphos Stations, 1 Portable Fire Fighting Unit from the Hunters Guild of Cyprus, 4 aircrafts of the Forestry Department and 2 leased helicopters are attempting to extinguish it.

The forces were reinforced with 2 more fire trucks and 3 more Portable Fire Fighting Units from the Forestry Department complete with their crews.

The air force implemented the Icarus Plan with an additional aircraft from the National Guard.

The Civil Defence Unit and the Police were informed to be on standby so as to assist in the preventative evacuation of individual houses in the village of Pentalia if necessary depending on the development and behaviour of the fire.

The fire fighting forces were further reinforced with another helicopter of the Police Air Operations Unit and 2 additional fire trucks complete with their crews from the Limassol District and the Catastrophe Response Special Unit respectively.

One more helicopter of the British Bases (total of 9) was added to the fire fight.

In addition, during the course of the fire, a number of individual houses were protected by the fire brigade.