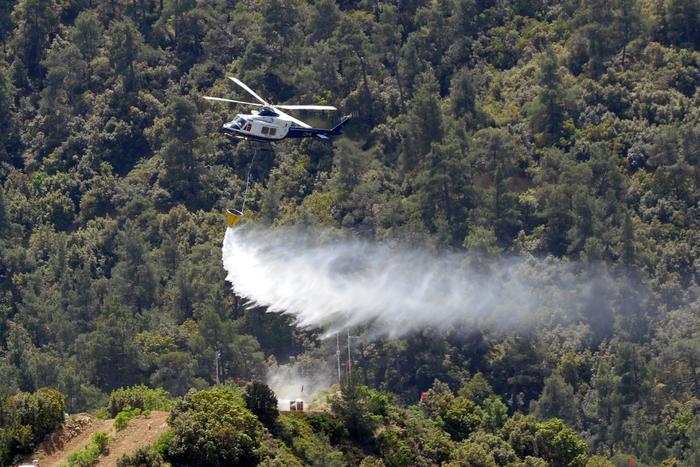 A forest protection week got underway today with the fire fighting Exercise Ifestos that was held in Kakopetria where the Forestry Department and other services including the British Bases tested fighting a major forest fire using aircraft and other firefighting equipment.

The week long awareness campaign will also feature a number of other events aimed at drawing attention to the need to protect forests, particularly from forest fires.

Agriculture Minister Costas Kadis said that authorities were bracing for a difficult summer because of the particularly abundant rains over the winter. The rich vegetation made preventing fires all the more challenging and making all necessary preparations, he said, noting that President Nicos Anastsiades had given strict instructions to all government departments to ensure the best possible coordination in this effort.

Speaking after the exercise, British Bases Defence Fire Service Station Manager Aristos Aristidou noted the very good relationship with colleagues tasked with fire-fighting activities in the Republic of Cyprus and said the British Bases fire services were always ready to assist them whenever they are required.

And 84 Squadron Helicopter Search and Rescue Leader Ross Alan added: “‘84 Squadron are excited to be able to train alongside colleagues from the Republic of Cyprus Fire Service, Forestry Department, 460 Squadron National Guard and the Cyprus Police Aviation Unit.

“Gaining a better understanding of key working practices and developing relationships between all those involved is to the benefit of saving lives and protecting the local population.” 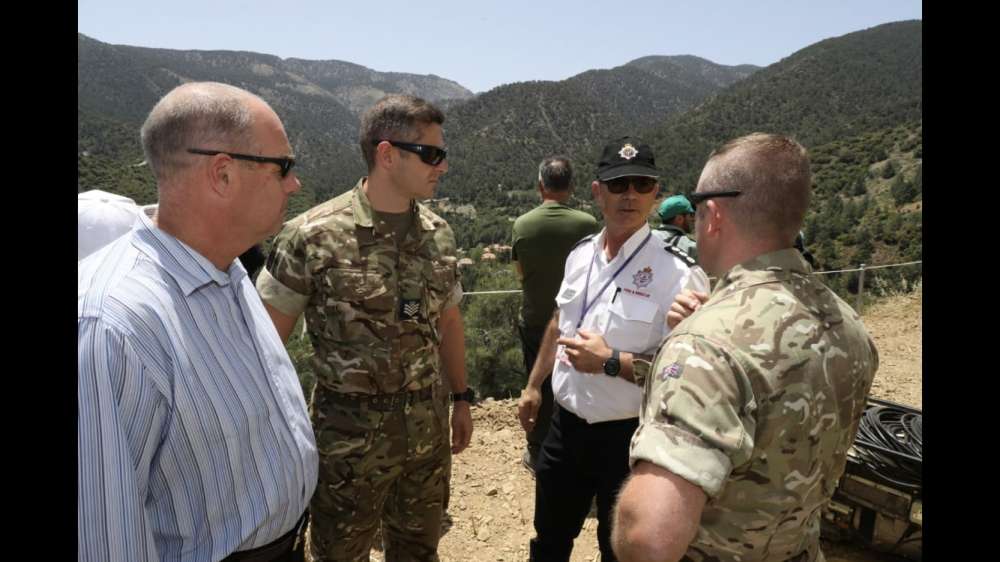