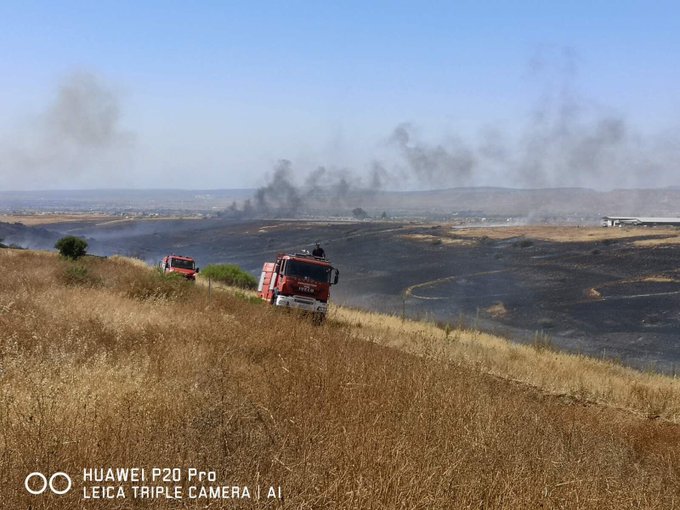 A fire which broke out near Peristerona has been contained after burning 17 hectares of dry grass, wild vegetation and a number of olive trees, fire services spokesman Andreas Kettis said on Twitter.

A photovoltaic park and Electricity Authority pylons were also affected.

Livestock farms that had been in danger were protected, he added.

Fire fighters remain at the scene to totally extinguish the fire and prevent any flare ups, he added.

Earlier, Kettis had said that fire fighters had responded to a fire between Peristerona and Orounta with two fire fighting aircraft from the Forestry Department joining fire fighters and four fire trucks sent to the scene.

Five fire trucks were later brought in from the Forestry Department and the Game Service to help the effort.

Tractors were used to protect the perimeter.