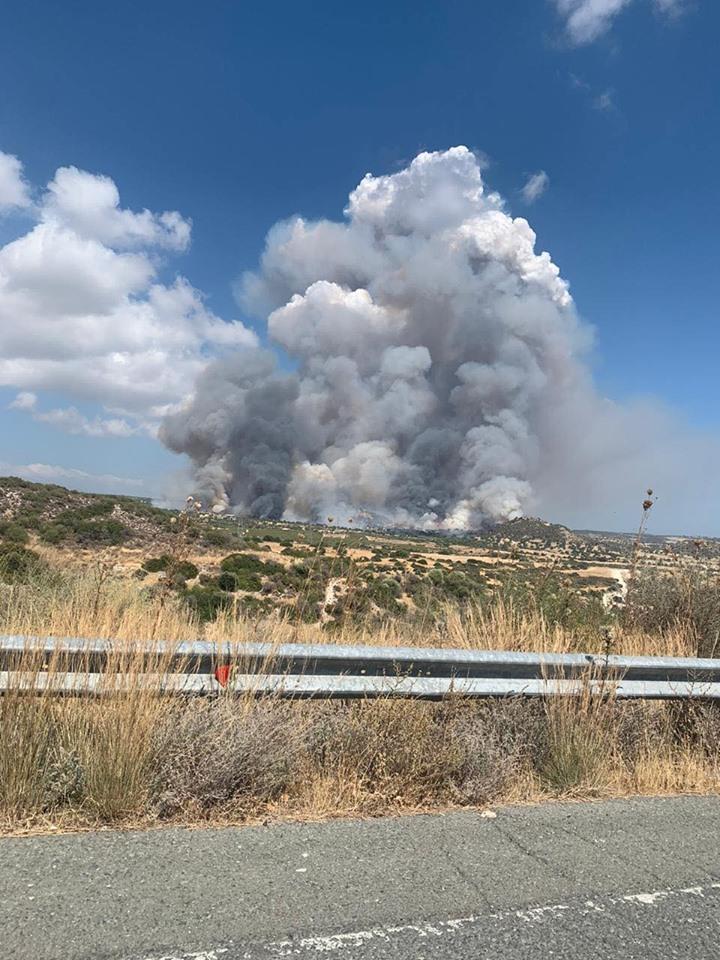 A fire broke out just before two this afternoon near the Prasteio Aydimou community in Limassol.

The fire service spokesman Andreas Kettis wrote in his Twitter account that the blaze was burning dry weeds and shrubbery on four fronts.

Eight fire service vehicles were responding from Limassol, assisted by 2 from the forestry department and one from the gaming service, supported by four planes.

The firefighting effort was being hampered by strong winds.

Prasteio was evacuated early this afternoon, as the blaze approached homes and other buildings.