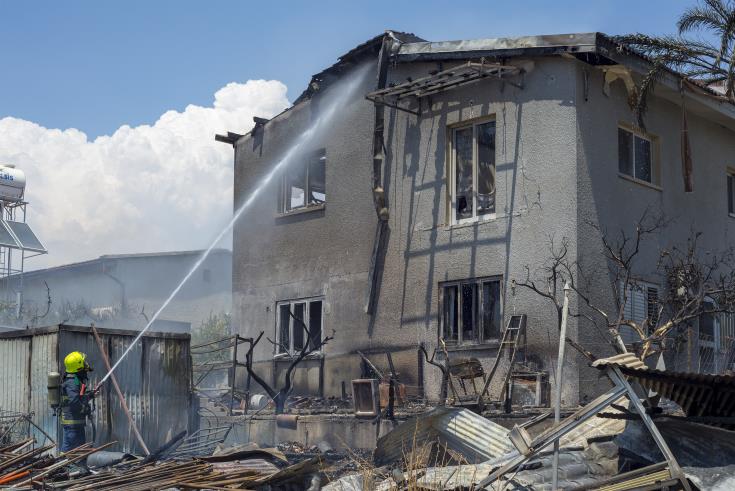 Limassol fire fighters have put out a fire that broke out at a house in Ayia Phyla, Limassol around noon on Monday. The fire is believed to have started when the owner attempted to burn dry grass in the yard. He was taken to Limassol Hospital with light burns while an elderly woman got away unhurt.

The fire caused extensive damage to the house which had recently undergone an extension while part of the roof collapsed.

Neighbours rushed to help the elderly woman from the house. Five fire engines attended the fire.