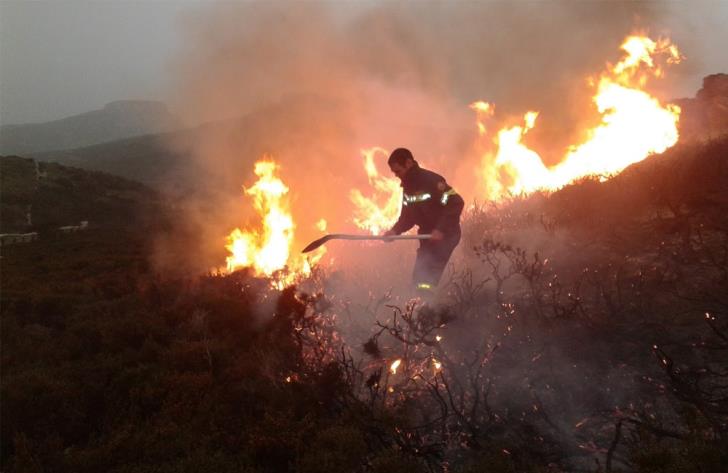 A fire broke out at noon near the community of Analyontas in the District of Nicosia.

According to Andreas Kettis, spokesman of the Fire Service, six manned vehicles of the Services as well as 13 vehicles of the Forestry Depart are trying to put the fire out.

Their effort was reinforced by another two manned vehicles from Nicosia, three aircraft of the Forestry Department and one helicopter of the Police.