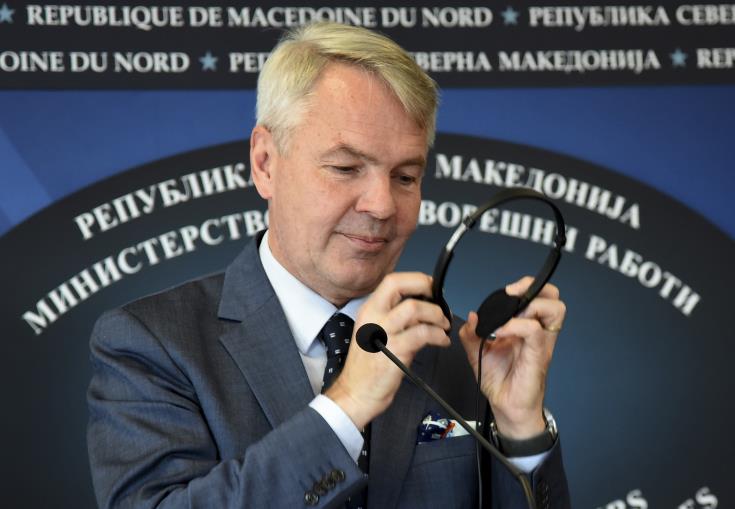 Finnish Foreign Minister Pekka Haavisto, whose country holds the EU presidency, has expressed his government’s hope that the upcoming meeting in Berlin, revitalises the Cyprus settlement process, noting that here is no other process to resolve the Cyprus problem besides the UN led process.

Speaking to CNA on the margins of the General Affairs Council and invited to comment on the upcoming meeting of the two community leaders in Cyprus with the UN Secretary-General next week in Berlin, he noted that “as Finland at the UN General Assembly, we approached the Secretary-General and asked him to suggest what could be done to revitalise the settlement process”.

He also noted that “we see no other way than the UN process, this process has our support, all efforts have our support, and with regard to the meeting in Berlin, if it leads to a revival of the negotiations, then this will is extremely positive”.

By In Cyprus
Previous articleEU asylum applications in 2019 up 10%; Cyprus has highest number per capita
Next articleAward for Cyprus Post Office for household batteries collection