FinMin: We can make Cyprus a more competitive economy 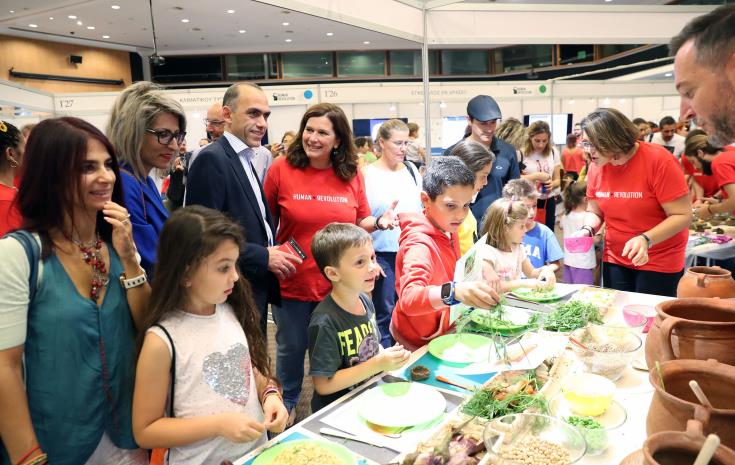 Finance Minister Harris Georgiades has said that Cyprus can become an even more competitive economy if it focuses on research, scientific excellence and innovation.

Georgiades was addressing “Researcher’s Night”, which took place for the 13th consecutive year, with over 90 exhibition kiosks and 400 researchers, interactive experiments, competitions, games and theatrical happenings, according to a press release issued by the Research and Innovation Foundation , that organised the event.

In his address the Finance Minister said that the “Researcher’s Night” constitutes perhaps “one of the most important and optimistic events in our country.”

According to Georgiades “it has been proven that we have the capability and the ability to turn Cyprus to an even more competitive economy based on a focus to research, scientific excellence and innovation.”

It is an excellent effort, he noted, adding that it shows precisely “the huge progress which has been recorded in recent years: the gradual establishment of a very serious, dynamic research community in our country.”

Because, right now, he added, the challenge and what the government is focusing on is to ensure that this will translate in terms of the real economy through the expansion of the economy`s productive base, through innovative entrepreneurship.

It is one of the government’s priorities, he said.

On her part, Vice Chairwoman of the Board of Directors of the Foundation Stavriana Kofteros said that in 3,000 m2 the conference centre has, we have 90 activities, over 400 researchers and 30 organisations who cooperate with the Research and Innovation Foundation in order to make this event happen.  She also referred to over 7,000 visitors most of whom are young people and children.

The event constitutes a European Commission initiative and is organised in over than 370 cities across Europe, aiming to promote a research and innovation culture and to showcase research activities from universities, research centres and innovative businesses.

The “Researcher’s Night” took place under the aegis of Cyprus President Nicos Anastasiades and was entitled “Human Era Night”.

The Cyprus News Agency acted as a communications sponsor for the event.

By In Cyprus
Previous articleTwo men in police custody after row turns violent
Next articleAyia Napa: 45 year old in custody for illegal possession of property