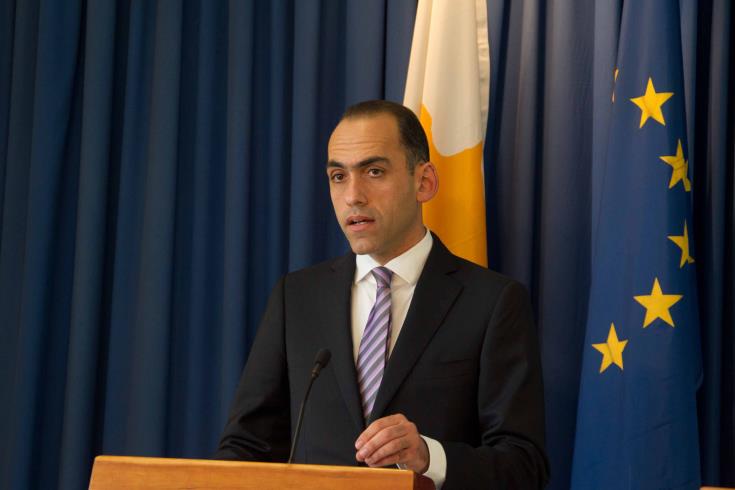 The Finance Ministry`s goal is to reduce non-performing loans (NPLs) of Cyprus’ banks to a single digit rate, said Wednesday Minister of Finance Harris Georgiades, at a press conference on the Ministry`s annual report for 2018 and the adoption of the Strategic Framework for Fiscal Policy 2020-2022 by the Cabinet.

Answering to questions, Georgiades spoke about an “ambitious goal for the reduction of NPLs to a single digit rate in the next twelve months“. He also said that the problem of NPLs has found a way for its final solution. As he said that since their pick to €28-29 billion, NPLs are now around €10 billion.

Georgiades said he expected that there would be further progress in addressing the problem by implementing the “Estia Plan, to help bad loans restructurings.

According to data from the Central Bank of Cyprus (CBC), in December 2018 the share of NPLs on total loans in Cyprus was 30.3%.

Georgiades also referred to the announcement of Cyprus’ growth rate for the first quarter of 2019 at 3.5%, saying that “it confirms that the Cypriot economy remains in a healthy and stable growth”. He also said that the forecast for the rest of the year was around 3.5%, adding that the growth rate in the first quarter of 2019 was more than double than the eurozone average, confirming the Ministry`s estimates.

The Minister said that the growth affects all sectors of the economy and that Cyprus’ economic model is now more sustainable, leaving in the past unhealthy practices as excessive bank lending or high public deficit.

Referring to the Strategic Framework for Fiscal Policy 2020-2022, the Minister noted that the ceiling for public spending for 2020 was set at € 6.55 billion, and according to it the Ministry would prepare the state budget for next year.   For the next year, the surplus is estimated at around 2.5% of GDP.

The Minister who has announced that he would leave his position by the end of the year, said that his work would be done after the preparation of state budget 2020, a process, as he said starting today.