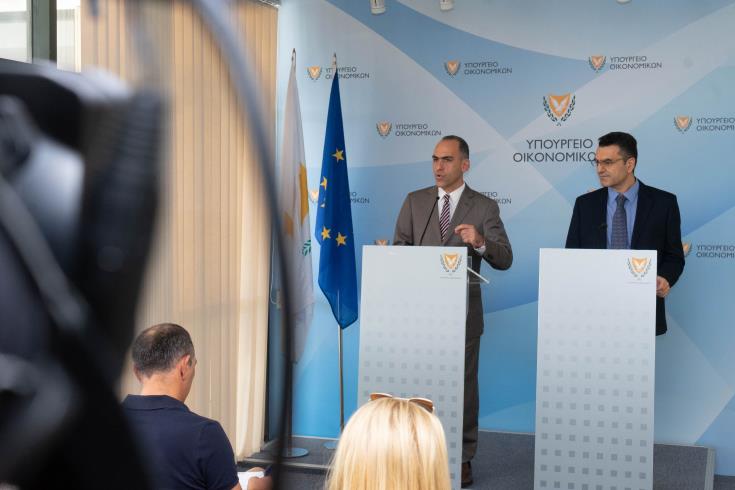 Minister of Finance Harris Georgiades and the President of the Fiscal Council called on Parliament on Tuesday to reconsider its position and accept the president’s decision to send back a law amending the legal framework on foreclosures for reconsideration.

They said the amended law will have a negative impact on the economy.

“A legal framework should be effective it should not be frequently amended precisely to create a credible framework which would allow us to manage the last legacy problem (of the financial crisis), that of the non-performing loans,” Harris Georgiades said responding to questions during joint statements with President of the Cyprus Fiscal Council Demetris Georgiades.

The House of Representatives approved a bill amending the framework on foreclosures, allowing non-performing borrowers to obtain a Court order blocking a foreclosure process allowing time for the Court to assess whether the Central Bank’s directive on loan restructuring has been observed, as well as extending timeframes for the execution for auctions of foreclosed assets. The President of the Republic returned the law calling on parliament to reconsider its position.

The minister said “we believe the Parliament’s intervention neutralises the effectiveness of the legal framework and will create more problem than those the House in good faith tried to resolve,” adding that if Parliament insists on its decision, borrowers will be further burdened and not relieved, the banking system will be destabilised and therefore the economy will be impacted negatively.

He also said that other solutions should be carefully examined only after the implementation of the ESTIA scheme, providing for the assistance of non-performing borrowers with their primary residences pledged as collateral.

In his remarks, Demetris Georgiades said the constant uncertainty in the banking system is detrimental to the economy.

“We do not want to enter into technical decisions, but this uncertainty and the extension of the problem (of NPLs) broadens the damage for the economy as a whole,” he said.