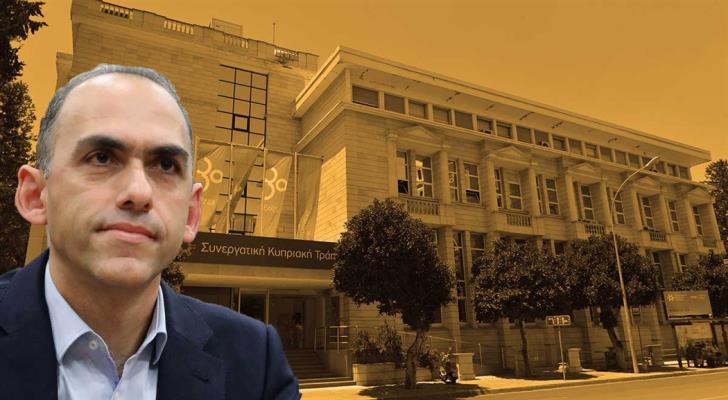 Finance Minister Harris Georgiades has major responsibility for the collapse of the co-op bank (CCB), according to the findings report of an investigating committee published on Wednesday.

“The finance minister’s responsibility for the collapse of the co-op bank is huge,” the report said.

“The minister’s responsibilities are similar to those of a company’s major shareholder, which goes bankrupt due to mismanagement by them. He was the state’s representative and he participated in shaping the co-op’s strategy”.

“The Minister had or should have had total responsibility, over the bank. It is not a coincidence that two of the senior executives were his close friends,” the report said.

He also had the main say over choosing the supervisory committee’s members and had the right to fire them if he deemed them incapable to perform their duties.

“This is exactly where the majority shareholder, the owner of the co-op bank failed. He did not select the most able people.” The able people in the bank either had to deal with mediocre executives who had the owner’s favour or were dismissed, the report said.

The CCB failed to reduce its huge burden of non-performing loans despite warning by the European Central Bank and the local regulator, the Central Bank of Cyprus. After an on-site inspection by the Single Supervisory Mechanism (SSM), the CCB reported a provisioning gap of €816 million, prompting the state to sale its performing operations to Hellenic, while creating a state-owned asset management company to wind down the CCB NPLs. However, the state was forced to pay €3,5 billion to shore up the balance sheet sold to Hellenic, of which €3.2 billion in bonds.

Georgiades was charged with overseeing whether the co-op acted in accordance with the government’s commitments towards the European Central Bank.

“The Finance Minister very early had repeatedly, and sometimes strict, warnings both by the Cypriot regulator but mainly by the European regulators on the CCB’s very poor and weak corporate governance. However, he did nothing,” the report added.

The committee also laid blame to the President Anastasiades for not removing Georgiades from his post.

“If the President bears some responsibility for the all those that lead to the expedited sale of a part of the CCB to Hellenic Bank is because he maintained to the Finance Ministry a person which for a period of more than four years, did not manage to lead the CCS out of its destructive course.”

Furthermore, the Committee apportions to the CCB’s General Director, Nicolas Hadjiyiannis “huge responsibility,” noting that “despite repeated calls by the supervisory authorities, both by the Central Bank and the SSM, on above issues (reducing NPLs and slashing operating expenditure) the General Director show negligence and incompetence to tackle them.”

Moreover, the Committee suggest that Hadjiyiannis should be subject to civil and criminal inquiry concerning a possible breach of contract and the deal with Asset Manager Altamira concerning the management of the CCB €7 billion NPL portfolio.

The report also suggests that Yiannos Stavrinides should also be subject of investigations concerning advertisement contracts.

Harris Georgiades has been accused that Hadjiyiannis and Stavrinides have been appointed to key positions in the CCB because they were his personal friends.

The CCB, Cyprus second largest lender which was bailout by the state in 2013 and in 2015 with €1.7 billion, was split between a bad bank and a good bank, with the latter sold to Hellenic Bank, which paid the state with €74 million and received a balance sheet of €10.3 billion.

According to the president of the investigating committee Giorgos Aresti, the report underlines criminal and political responsibilities for the period investigated (1985-2013).

The Law Office of the Republic has formed a special committee to study the report.

By In Cyprus
Previous articleCMP: Results in identifying missing persons remains will not increase
Next articleEXPLAINER-Why Mueller’s report might be a letdown for Trump critics