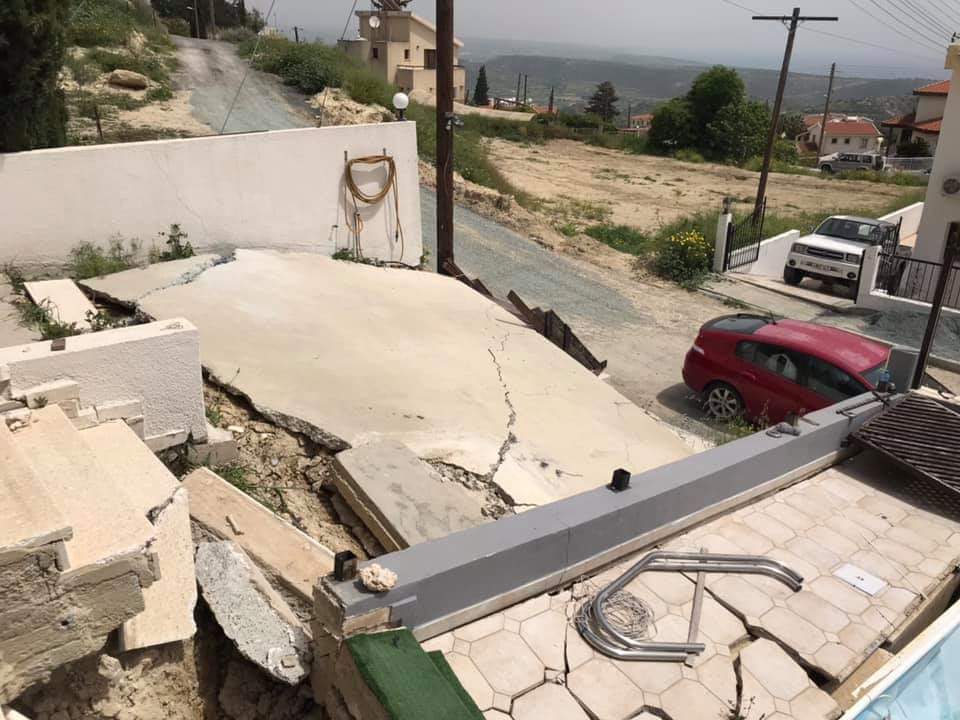 In an announcement on Monday, the Interior Ministry said that it will compensate Pissouri homeowners who have been forced to leave their residences because of the landslide that has been affecting the area.

The Ministry added that it will start a call for tenders for a study on the landslide and propose solutions.

The call will be open for a period of three months. The first conclusions from the study are expected to be submitted by January 2020.

The Ministry said that it will wait for the findings to form “a political view on how to handle the problem.”

It added that the political decisions that will be taken will be forwarded to the Attorney General who will give legal advice.

Regarding its view on the problem, the Ministry said that an area of around 500,000 m2 is affected by significant erosion and landslides.

The issue was revealed after heavy rainfall in June 2012, the Ministry said.

It added that a 2015 study showed that the problem is caused by groundwater trapped in land, which used to be lakes, and unchecked human intervention, specifically embankment work.

As a result around 75 housing units are now affected. Six of them have been deemed as dangerous and their tenants have been asked to evacuate them.

Eviction notice served on another property in Pissouri! pic.twitter.com/J5hv0YdhNQ

The Limassol District Office has spent more than €870,000 on repair work on the affected houses, while the Department of Geological Survey has spent around €120,000 to conduct studies on the area, as well as lab examinations of its groundwater.

“The Department of Geological Survey which has been following the issue since 2012 believes that in such cases, what is usually done is taking measures to support and stabilise the land and the constructions on it,” the Ministry said.

It also expressed the view that the responsibility rests on the shoulders of the civil engineers appointed by the development companies which built the houses.

The engineers did not conduct the necessary studies and took false conclusions into consideration, the Ministry said.

“The state will shoulder the cost of development works in the area and it examines, as a temporary measure, to provide financial aid to the families that have been forced to leave their houses,” it added.

Moreover, the Ministry said that since 2016 it has been urging the owners of the houses to consider taking legal action against the developers and the private civil engineers, something that has not yet taken place.

It also said that a specific development company shoulder the responsibility and has offered other houses in safe areas as replacement to the houses that have been damaged by the landslide.

On Sunday, Pissouri residents stage a protest to highlight the problems related to subsiding ground in their area, to force the authorities to act.