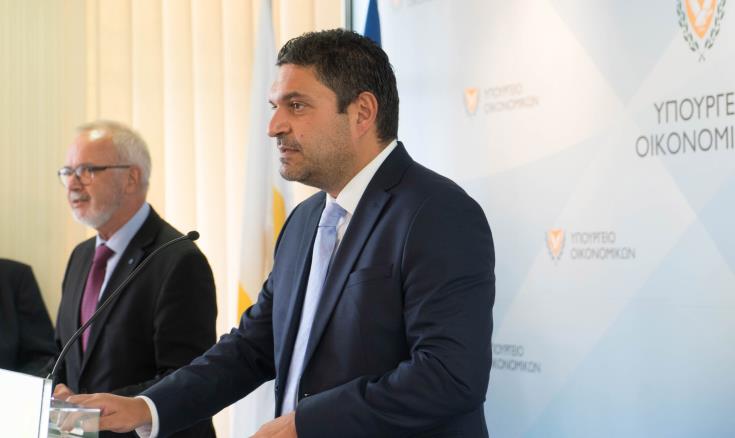 Minister of Finance Constantinos Petrides called on MPs to approve the 2021 state budget given the critical moments facing Cyprus due to the coronavirus pandemic, adding that the budget was drafted on the premise that no second general lock down would be necessary to combat the Covid-19 health crisis.

Presenting the state budget for 2021 to the parliamentary committee of Finance and Budgetary Affairs, Petrides said “the budget was drafted on one premise, that we will not go to a total lockdown”, adding that in case of a worst-case scenario, the Finance Ministry will adjust its budget expenditure as it did during the pandemic outbreak in 2020.

He added however that a lockdown would be considered as necessary only in case the country’s healthcare system could not cope with rising hospitalisations.

“We do not intent to go to a total lock down just as we did in March and April (of 2020), that would mean an economic disaster,” he said, adding that most EU countries did not return to full lockdown despite the second wave of coronavirus infections.

Cyprus, as the majority of EU countries, is in the middle of second wave of Covid-19 infections with the authorities announcing additional measures to contain the spread of the pandemic and a partial lockdown in the cities of Limassol and Paphos which have recorded elevated infections.

Calling on MPs to approve the 2021 state budget, Petrides highlighted that “the criticality of the moment concerning the financial management of the pandemic,” noting, that everyone must help the country recover from Covid-19, but also lay the foundations for a sustainable economy through the 2021 budget.

He described the budget as one of “emergency”.

The budget “has been drafted on the premise of targeted fiscal expansion which will not lead to a fiscal slippage and will create the conditions for a sustainable economy,” he said, adding the budget’s primary target is to tackle the consequences of the pandemic and to create the foundations for generating primary surpluses.

The budget provides for an economic recovery in the region of 4.5% in 2021 following a contraction of 5.5% this year due to the coronavirus outbreak, with the Finance Minister stressing that projections are subject to uncertainty as a result of the ongoing pandemic.

Following years of fiscal surpluses, Cyprus fiscal balance will record a deficit of 4.5% of GDP in 2020 and a much smaller deficit of 0.7% in 2021, Petrides said, adding that public debt is projected to rise to 115% of GDP in end-2020 and will decline to 110% in 2021. He noted that the Cypriot public debt rose as a result of large bond issuances by the government in a bid to create the necessary cash reserves which amount to 20% of GDP.

Ruling right-wing Democratic Rally, MP Onoufrios Koulla said that the coronavirus pandemic has interrupted Cyprus’ economic growth, noting that “the state’s response to the crisis was timely, extended and dynamic and bore results.”

Centre Democratic Party, Parliamentary Spokeswoman, and Committee President Christiana Erotokritou stated that the government’s assumptions are “disconnected from reality”, as it they did not factor in two basis developments, the second wage of coronavirus infections and the termination of Cyprus Citizenship by Investment Scheme, following the revelations by the Al Jazeera network over corruption associated with the scheme. She also stated that her party will vote against the budget if the government fails to provide access to the Republic’s Auditor-General Audit Service over the citizenships given to investors in the context of the scheme.

MP of the Green’s Party, Giorgos Perdikis said the party will vote against the budget as does not do enough in the social and environmental dimensions, while other parties expressed concern over the course of the pandemic and its impact on the Cypriot economy.