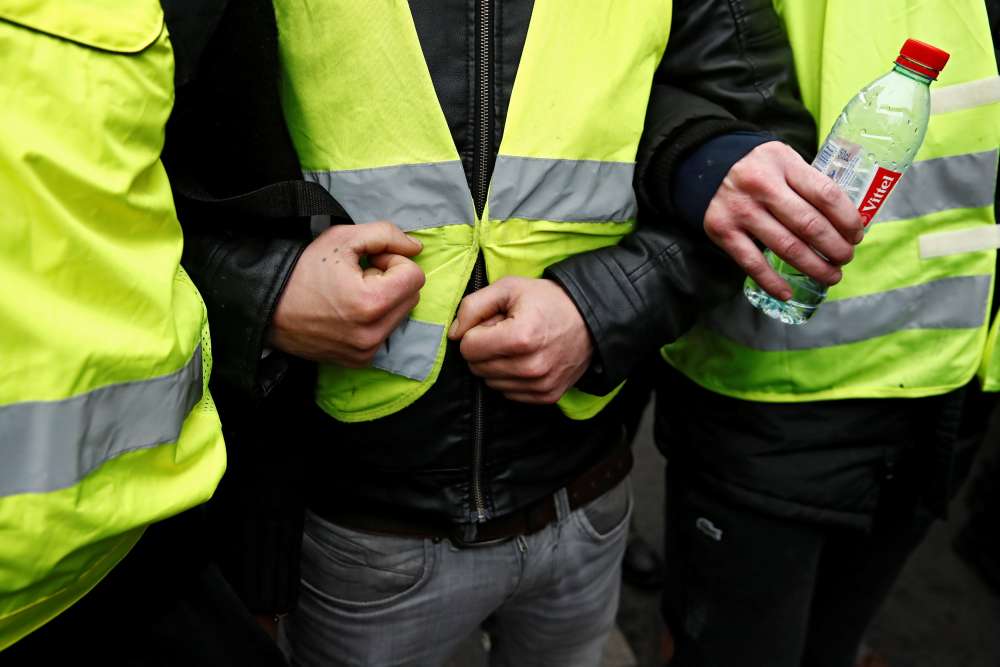 A man died in southern France on Friday when his car hit a truck at a road block erected by “Yellow Vest” protesters, raising the death toll linked to the anti-government demonstrations to 10, the authorities said on Saturday.

Several demonstrations were expected across France on Saturday, including a march in the formal royal city of Versailles, whose castle is a symbol of French state power and one of Europe’s top tourist attractions.

But very few people gathered in Versailles and there were far fewer demonstrators in the streets of Paris than in previous weeks, according to Reuters witnesses and news channels BFM and CNews.

Dozens marched through the streets of Montmartre near the Sacré Coeur Basilica, another tourist landmark in the French capital, shouted “Parisians, join us!”, according to news channels BFM and CNews. Others called for the resignation of President Emmanuel Macron.

About 800 people were demonstrating in Paris at around 1100 GMT and there had been no incidents of violence or arrests, police said. This compares to about 4,000 demonstrators at the same time last Saturday.

Three weeks ago the protests in Paris turned into some of the worst unrest seen in the capital since 1968. Cars were set on fire, bank and insurance offices’ windows smashed and street furniture was vandalized.

Of the ten deaths linked to the protests, most have been the result of road accidents. A 36-year-old man died in the accident near Perpignan on Friday evening, which occurred at a roundabout blocked off by protesters, a police source told Reuters.

The “gilets jaunes” (yellow vest) protesters – named after the high-visibility jackets French motorists must carry in their cars – began in mid-November to rally against fuel tax increases and subsequently against the wider liberal economic reform policy of Macron, who made tax and salary concessions earlier this month.

But the movement has gradually lost steam in recent weeks, with just 66,000 people taking part in protests nationwide last Saturday compared to nearly 300,000 on Nov. 17.

By Andreas Nicolaides
Previous articlePaphos: €2000 and expensive jewelry stolen from house
Next articleGovernment: Reforms would further consolidate the growth climate in Cyprus