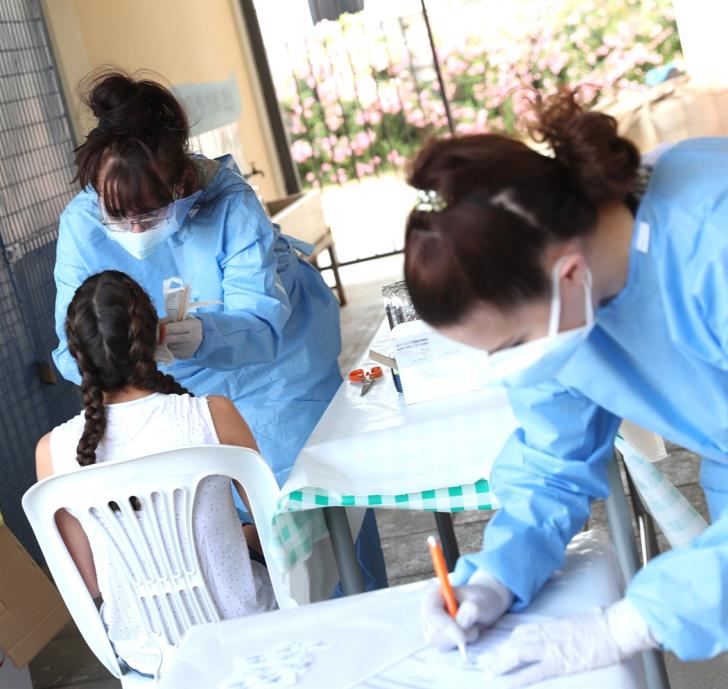 All final year pupils as well as teachers and other staff at Apostolos Varnavas upper secondary school have tested negative for coronavirus, Stelios Karapatakis, president of the pupils’ council told Alpha TV.

He said all the results have come back negative — the first batch yesterday and the final batch today.

The tests were carried out after a member of the cleaning staff at the school had tested positive over the weekend.

The parents association then said school should not reopen unless everyone was tested.

Only a handful of pupils showed up for class today for the second day running, with Karapatakis saying that the rest had chosen to stay away until all the results came back.

“We will be back at our desks tomorrow,” he said.

As regards Aradippou upper secondary school where two final year pupils had tested positive, results of the tests on pupils and staff are pending.

President of the parents’ association Alecos Alexandrou told Alpha TV that fewer than 10 pupils had gone to school as everyone is waiting for the results.

All had gone yesterday to give a sample, except for two who chose to go to a private lab.

By In Cyprus
Previous articleUpdate: Nicosia fire extinguished (photos)
Next articleCovid-19: A round-up of the latest developments in Cyprus