Federal Member of the Australian Parliament in Cyprus for meetings 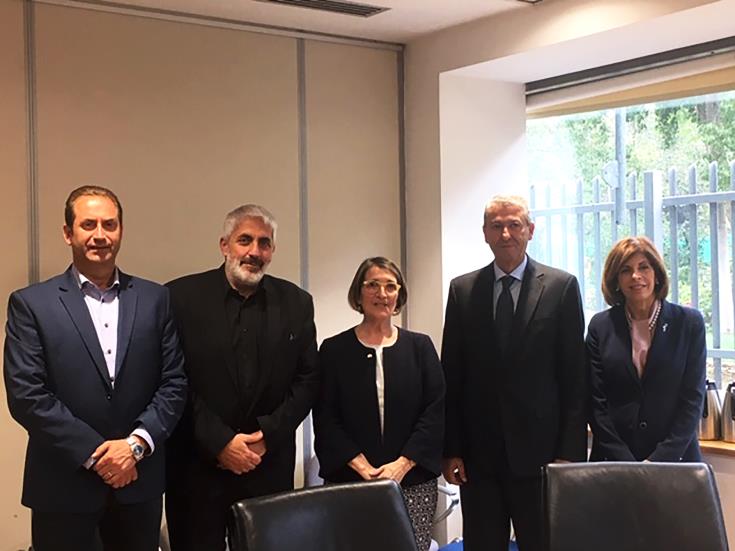 The Cyprus problem was at the center of discussions of Greek origin Maria Vamvakinou, member of the Australian House of Representatives, representing the Division of Calwell, Victoria for the Australian Labor Party has had in Cyprus.

Vamvakinou, also member of the Cyprus-Australia Friendship group was received on Tuesday by President of the House of Representatives Demetris Syllouris. During the meeting she reiterated her support to efforts to solve the Cyprus issue. She said despite the distance that divides the two countries, Cyprus and Australia maintain very good relations based on principles, solidarity and respect of human rights.

A press release issued by the House of Representatives said the two discussed the significance of enlightenment and informing members of the Australian parliament on developments in Cyprus, and that the unresolved Cyprus problem should remain high on the country’s agenda.

Syllouris thanked the Australian member of Parliament for her action on the Cyprus problem and her relations with the Cypriot diaspora in Australia.

He also praised Australia for its consistent support for a solution to the Cyprus problem.

In her remarks, the Australian politician stressed the need to continue informing her colleagues about developments on the Cyprus problem and the tripartite agreements Cyprus maintains with neighbouring countries, as a bridge of dialogue and stability in the wider region.