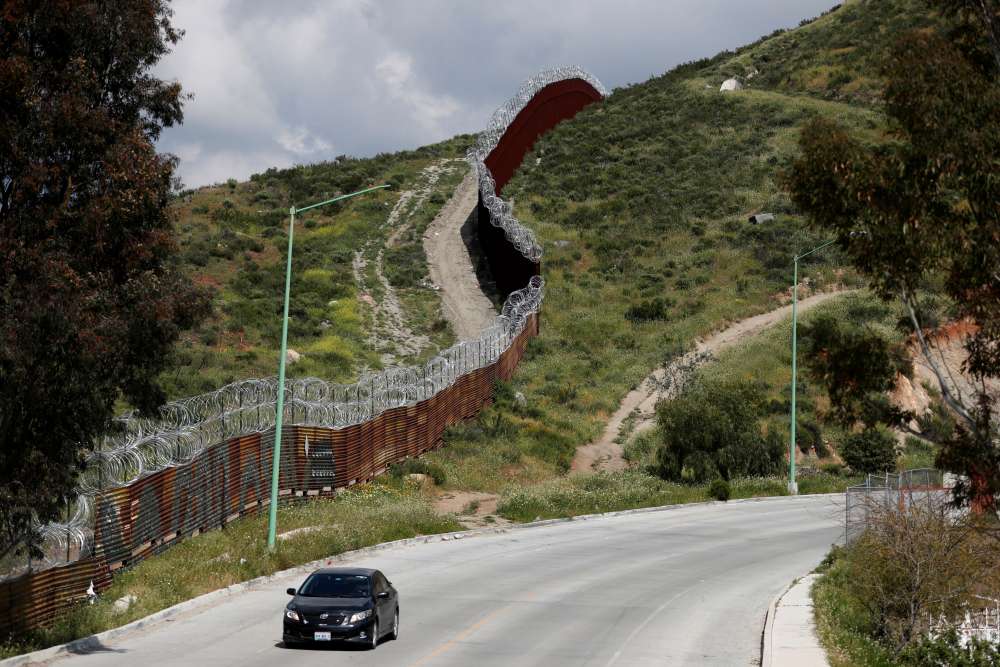 The FBI on Saturday said it had arrested Larry Hopkins, the leader of an armed group that is stopping undocumented migrants after they cross the U.S.-Mexico border into New Mexico.

Hopkins, 69, also known as Johnny Horton, was arrested in Sunland Park, New Mexico, on a federal complaint charging him with being a felon in possession of firearms and ammunition, the Federal Bureau of Investigation said in a statement.

“We’re not worried about it, he’s going to be cleared,” said Jim Benvie, a spokesman for the United Constitutional Patriots (UCP), blaming his arrest on political pressure from Lujan Grisham.

Hopkins is the “national commander” of the UCP, which has had around half a dozen members camped out on a rotating basis near Sunland Park since late February.

The UCP describes itself as a “patriot group” helping U.S. Border Patrol cope with record numbers of Central American families crossing the border to seek asylum.

Crowdfunding sites PayPal and GoFundMe on Friday barred the group, citing policies not to promote hate or violence, after the ACLU called the UCP a “fascist militia.”

“Today’s arrest by the FBI indicates clearly that the rule of law should be in the hands of trained law enforcement officials, not armed vigilantes,” New Mexico Attorney General Hector Balderas said in a statement of Hopkins’s arrest.

Hopkins was previously arrested in Oregon in 2006 on suspicion of impersonating a police officer and being a felon in possession of a firearm, according to the Southern Poverty Law Center.

U.S. Customs and Border Protection (CBP) said in a statement it did not support citizens taking law enforcement into their own hands and instead encouraged the public to be its eyes and ears on the border.

Benvie said the UCP was doing just that and had the support of local Border Patrol and police.

Mostly military veterans, UCP members carry weapons for self defense and at no time pointed guns at migrants, as they have been accused of, Benvie said.

Despite having funding sources cut off, Benvie said the group’s online support had swelled since it came under attack this week. Its Facebook followers have more than doubled since Thursday.

Asked what the group would do if told to leave by state police, Benvie said they would probably go and, if they felt the order violated their constitutional rights, sue the state of New Mexico.

“There’s not going to be any standoffs, this isn’t the Bundy Ranch,” Benvie said, in reference to a 2014 armed confrontation in Nevada.

By In Cyprus
Previous articleBosnia brings back, detains Islamic fighter from Syria
Next articleFour Turkish soldiers killed in clashes with PKK – ministry