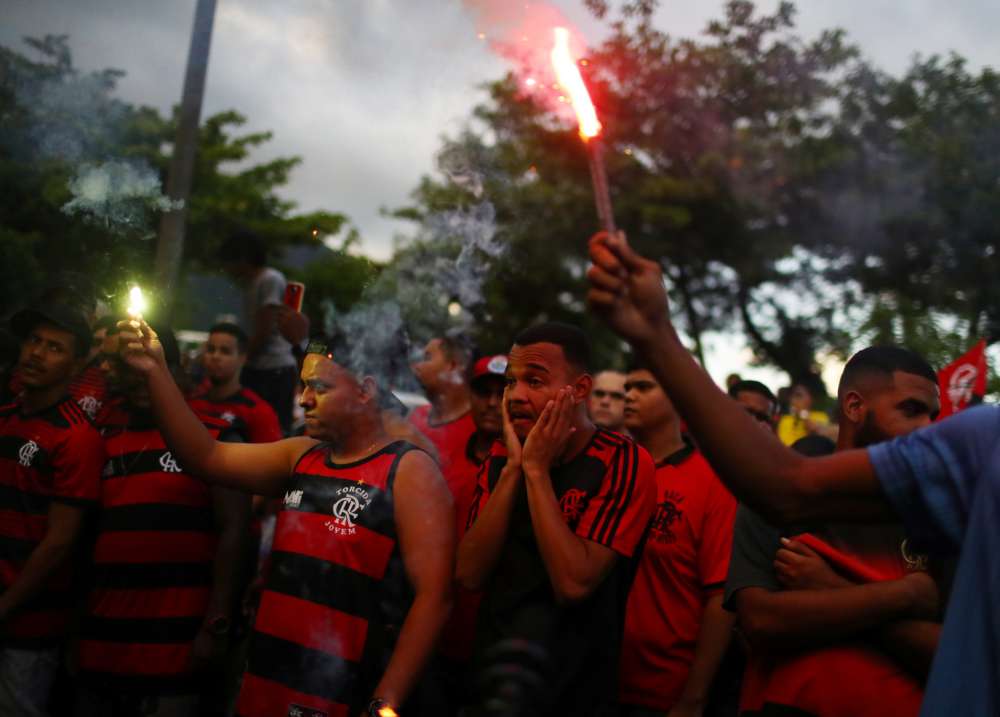 The deaths of 10 teenagers in a fire at Brazil’s Flamengo soccer club highlighted the precarious conditions many youngsters face as they chase the dream of becoming professional footballers.

The boys, all aged between 14 and 16, were killed when a fire swept through the Flamengo training centre on the outskirts of Rio de Janeiro early on Friday morning. Three others were injured, one seriously.

Although Brazilian clubs are famous for producing some of the world’s greatest players, they have been criticised for the lack of care and security they provide their young charges.

Authorities have cited clubs in recent years for poor hygiene, inadequate nutrition and a lack of education and social care for youth players.

“At one club I was at we had to wait for the pros to eat and we got what was left and if there was nothing then it was tough luck,” Romario Reginaldo Alves, a 24-year old forward who spent time at the same Flamengo training ground that burnt to the ground, told Reuters.

“The facilities are not always clean, the toilets are filthy,” he added of other clubs he was at. “We know that it’s not like being at home but they can definitely do things better. The clubs and the directors that are responsible need to understand that giving kids decent treatment isn’t spoiling them.”

The boys who died were youth players staying at a training centre called the Ninho do Urubu or Vulture’s Nest after the club’s symbolic bird.

In recent years teenagers such as Vinicius Jr., who last year joined Real Madrid for 46 million euros ($52.1 million), and Lucas Paqueta, who last month made his debut for AC Milan, had spells at the same training centre.

But the area destroyed by the blaze was not supposed to house players, the Rio de Janeiro mayor’s office said on Friday.

The area where the lodgings were built was registered as a car park and the city served Flamengo about 30 notices warning them they did not have proper permission and ordered them to close the dormitory in October, 2017.

“The mayor’s office is saddened that its notifications were not observed,” said Rio Mayor Marcelo Crivella.

He did not say why the city did not close the facility after the notices were ignored.

Many of Brazil’s top clubs have spent money modernising their infrastructures and Cruzeiro, Atletico Mineiro and Athletico Paranaense have training-grounds and accommodation that rival those of the top teams in Europe.

Flamengo spent 23 million reais ($6.17 million) on expanding and refurbishing the Ninho do Urubu, and the part of the centre destroyed by fire was due to be closed down.

But there is still much work to be done by the clubs and authorities.

Vasco did not get permission to erect buildings and although Fluminense did receive permission, they do not have permits to allow the buildings to be occupied.

In both cases, city officials are “taking the proper legal measures”, the mayor’s office said.

Neither club responded to telephone calls and emails.

“When I was there it was much worse than it is now, we really suffered,” Alves said. “This was an accident but it has been a long time coming.”

Old GSP stadium to turn into a park (PHOTOS)