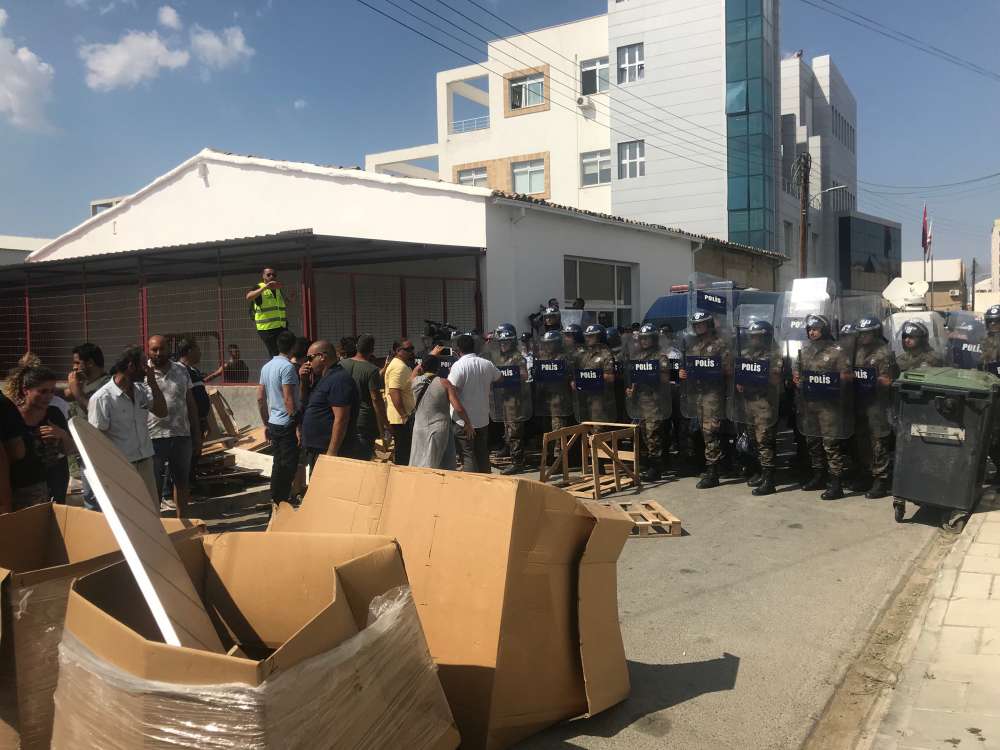 Farmers in the Turkish occupied north protested against the rise in animal feed prices on Friday, marching towards the Ledra Palace checkpoint saying they wanted to cross into the government controlled areas before they were stopped by ‘police’.

The Cyprus News Agency said the farmers were angered by the refusal of Turkish Cypriot leader Mustafa Akinci to freeze the price of animal feed during their meeting on Friday morning.

There have been several demonstrations in the Turkish-held north in recent days over rising prices and falling living standards as a result of the massive drop in value of the Turkish lira.

The news agency said there were scuffles, with security forces using tear gas to disperse the farmers.

The farmers are now gathered outside the ‘ministry’ of agriculture where the situations is described as tense.