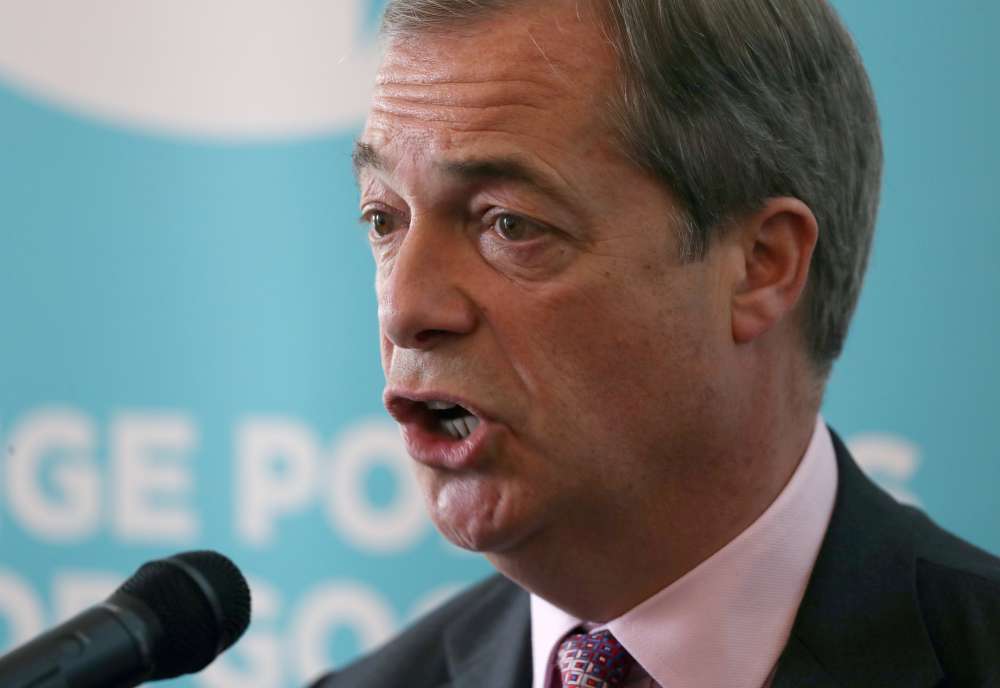 Brexit Party leader Nigel Farage offered Prime Minister Boris Johnson an election pact on Wednesday but warned that unless there was a clean-break Brexit, the Conservatives would take a “real kicking” in any election and could not win a majority.

Johnson, who has lost his working majority in the House of Commons, wants to hold an election but parliament has ordered him to ask the EU to delay Brexit until 2020 unless he can strike a transition deal at an EU summit on Oct. 17-18.

While parliament has so far blocked two of Johnson’s requests for an election, Farage said it was clear that there would be an election soon and that traditional party loyalties to Conservative and Labour had changed due to Brexit.

“If we go beyond the 31st of October and we are still a member of the European Union – which looks increasingly likely – then a lot of votes will shift from the Conservative Party to the Brexit Party,” Farage told reporters.

“The Conservatives will take a real kicking from Nov. 1 onwards,” he said. “I very much hope that Boris Johnson will simply look at the numbers. If we stand against them, they cannot win a majority.”

Farage said contacts had been made with the Conservative Party about a possible non-aggression pact but that there had been no clear response yet.

Farage, who as UKIP leader convinced then-Prime Minister David Cameron, to call the Brexit referendum and then helped lead the campaign to leave the EU, said he was preparing for a another Brexit referendum.

The deputy leader of the opposition Labour Party Tom Watson said earlier on Wednesday that he wanted there to be a new referendum on EU membership before national elections are held.

Farage warned that the Brexit Party – the biggest gainers in May’s European Parliament election – would win seats in the Midlands, south Wales and northern England, disrupting any election for both the Conservatives and Labour parties.

When asked what he thought would happen in coming weeks, Farage said he expected the EU would make some concessions to Johnson before Oct. 31 and that Johnson would try to push a deal through parliament.

“My sense is that he (Johnson) comes back to the House of Commons and tries to get that through,” he said.

Farage made a similar offer to Johnson last month, which government ministers rejected.