Far-right parents who named son after Hitler jailed in Britain 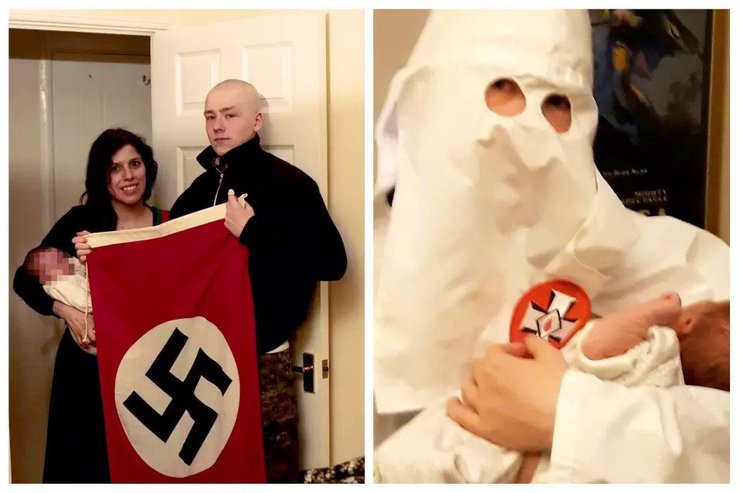 A couple who named their child after Adolf Hitler were convicted in Britain on Monday for being members of banned far-right group National Action.

Adam Thomas, 22, and Claudia Patatas, 38, were convicted along with Daniel Bogunovic, 27, of being members of the organization, after they shared messages praising Hitler as well as images of them dressed as members of the white supremacist Ku Klux Klan (KKK) and giving Nazi salutes.

Three others had already pleaded guilty to membership of National Action, which was banned by the government after members of the group praised the murder of lawmaker Jo Cox by a Nazi-obsessed loner in 2016.

“After National Action was banned it went underground and changed its name but it did not disappear,” said Deb Walsh of the Crown Prosecution Service.

“These members continued to believe in its racist neo-Nazi world view, remained in contact on encrypted messaging apps, and organised meetings to keep the group going.”

National Action is the first far-right group to be banned in Britain for decades. Far right parties have grown in much of Europe in the last few years but in Britain they remain on the fringes of political life.

The court in Birmingham heard that Thomas and Patatas had given their baby the middle name “Adolf” to express their admiration for the leader of the Third Reich.

West Midlands Police posted pictures of the pair posing while holding their baby and a swastika flag. Thomas also posed in KKK robes with his son, and with a crossbow.

Local police chief Matt Ward said that the group had gather weapons and researched how to make explosives.

“These individuals were not simply racist fantasists; we now know they were a dangerous, well-structured organization,” he said.

“Their aim was to spread neo-Nazi ideology by provoking a race war in the UK and they had spent years acquiring the skills to carry this out.”