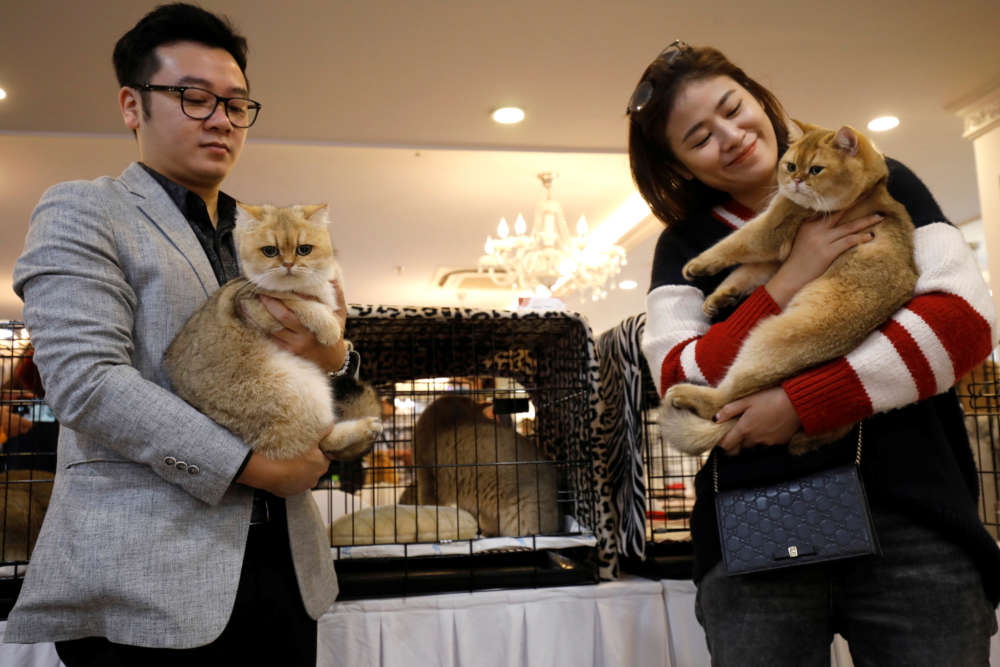 Vietnam, where cats are viewed by some as food, hosted its first ever cat show on Sunday, gathering around 60 pedigree cats with feisty stage names such as Angry Alice, Di Maria The Great and Timosa Sumo.

The show, run by the World Cat Federation, the world’s largest federation for cats, featured a dozen different breeds. Event organiser Nguyen Xuan Son said the aim was to make people see that cats are worthy of love.

“We also want to form a national playground for pet owners to practice and gain experience before competing in international shows,” Son added.

The capital, Hanoi, introduced a ban on eating cats in 2018 but it is still allowed elsewhere.

“In a country where cats are still served as foods and stray cats being mistreated are popular, the event is a chance to raise awareness among people,” said Nguyen Dieu Hong, one of the attendees.

“Cat is not a sign of bad luck as many Vietnamese think and should be filled with love.”

Over the course of a day, judges poked and prodded the animals, felt their fur, stroked their tails, looked at their teeth and tested their agility.

Seven cats won “best of class” awards and one, Timosa Sumo, won the heart not just of judges but of the public, which applauded him enthusiastically.

The blueish grey cat is of Scottish Fold breed, but owner Dinh Chau Hieu Tam said it was not just his beauty that made him a crowd favourite.

“He spreads the love to everyone,” Tam said.

“He is my furry son. I just love him and am proud of him so much.”