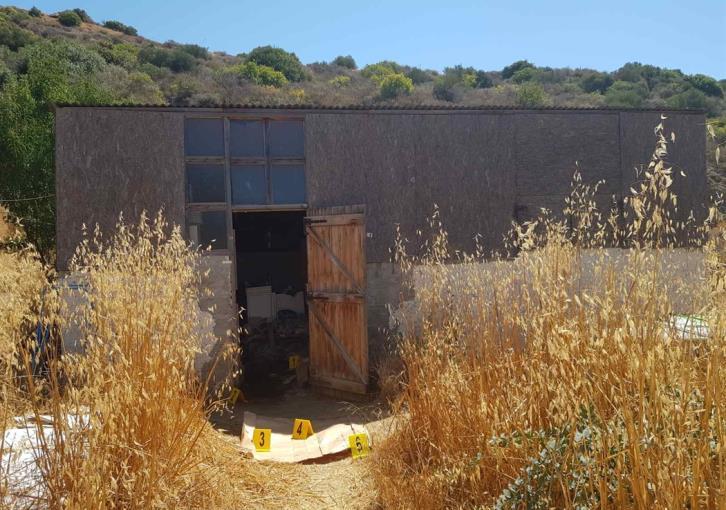 Family violence appears to be behind a pre-meditated murder in Lefkara village, Larnaca district, where a 25-year-old man is believed to have stabbed his father to death, Philenews reported on Tuesday.

The 25-year-old has been remanded in custody for eight days after police on Sunday found the decayed body of his father, British Cypriot Frederick George Clifford, 64, at the prefabricated home (photo) he was living in.

A post-mortem examination found that the victim, who lived like a hermit in a remote area of the village over the past seven years, was stabbed in the back five times with a sharp object. The stabbing took place on August 9, police said.

Police also said that the suspect has made a voluntary statement in which he explained that he killed his father because he had found out that the 64-year-old was seeking custody of his younger sister.

She is 15 and currently under the supervision of the welfare services and lives in a shelter. The family has five children and the suspect is the third one.

In 2018, the German mother and the 25-year-old son reported the father to the police for domestic abuse between 2013 and 2015. The father had claimed that the suspect was the one to have hit him.

The case was brought before the Larnaca district court but the complaints were later withdrawn.

A friend of the 64-year-old reported to the police that the victim had not been seen or heard from for ten days.

Police said investigations are ongoing and family, friends and workers from the welfare services will be asked to give statements.

By Annie Charalambous
Previous articleMagnitude 6 quake shakes Costa Rica, no reports of damage
Next articleLarnaca could be the island’s first city with water taxis