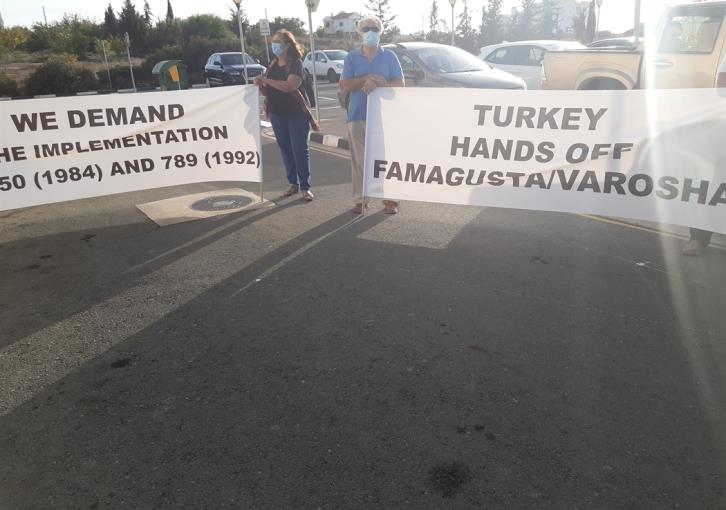 Hundreds of residents of Famagusta carried out a protest against Turkey’s decision to open part of the beach in Varosha. They gathered in front of the Cultural Center in Deryneia to participate in a protest organized by the Municipality of Famagusta.

“If Famagusta is lost, this will be the tombstone of the Cyprus problem. We will lose Famagusta and Morphou and all the occupied parts of Cyprus,” Mayor of Famagusta Simos Ioannou said. He also asked President Anastasiades to increase efforts for the resumption of talks. Among the participants were DISY chairman Averof Neofytou as well as deputies from all parties. During the event some slogans were heard against President Anastasiades, particularly regarding the suspension of the talks at Crans-Montana.

The event was concluded with the submission of a resolution to the UN guard-post with their positions.