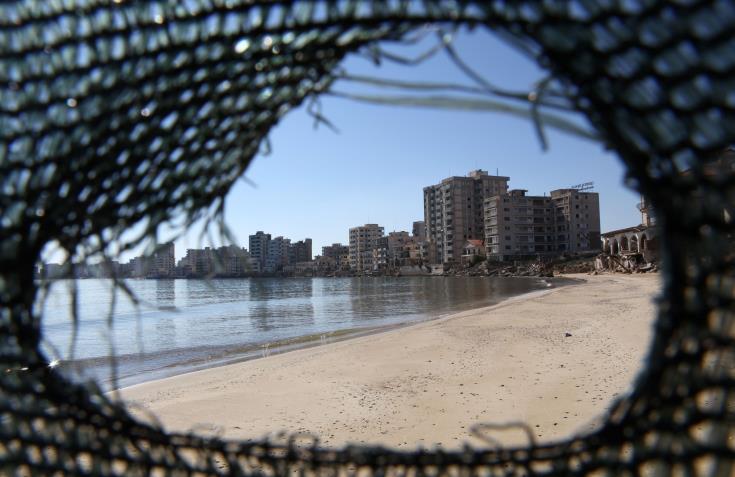 Famagusta mayor Alexis Galanos has called for mass participation in an event being organised by the Municipality of Famagusta outside the Presidential Palace later on Friday.

Galanos told a press conference that the announcement made by the so-called deputy prime minister and foreign minister Kudret Özersay in the Turkish occupied part of Cyprus to open the fenced off city of Varosha was a stab in the back for President Nicos Anastasiades with whom Özersay had dined a few days ago, but also to  efforts to restart the Cyprus talks.

He said that he considered Özersay the protagonist behind this move and that he expected Turkish Cypriot leader Mustafa Akıncı to differentiate himself from it.

Galanos spoke of a violation of Security Council resolutions 550 and 789 as well as of the 1979 High Level Agreement between the then President of the Republic, Spyros Kyprianou, and the Turkish Cypriot leader, Rauf Denktash.

The mayor of Famagusta noted that it was time the Government took action and announced that there will be a meeting with the President of the Republic on Friday at 18.45 to hand over to Anastasiades a statement about what they expect him to do.

“It is a psychological warfare and a war of nerves that started with the violation of the sovereign rights of the Republic of Cyprus in the EEZ (Exclusive Economic Zone) and has now been extended to the issue of Famagusta. It is the promotion of plan B”, said Galanos.

“We will ask the President to make representations to the UN Security Council and to ask for the involvement of the UN Secretary-General to implement UN resolutions and decisions,” he added. We must not allow this to happen, it is illegal and unfair, he noted.

By In Cyprus
Previous articleTwo speed salaries in Cyprus
Next articleMainly fine on Friday, possible showers over weekend