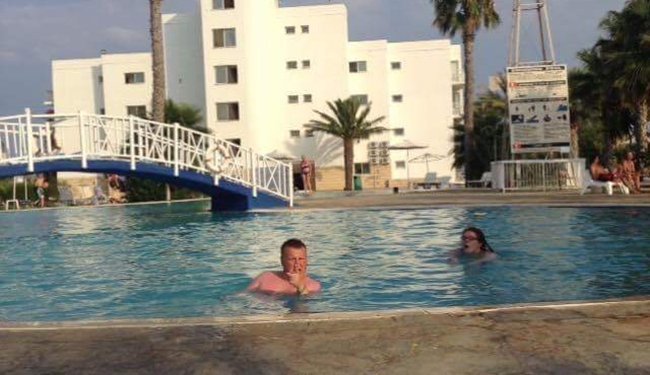 A tourist from Manchester who claimed his Cyprus holiday was ruined by gastric illness has been ordered to pay Jet2holidays more than £6,000 after his ex-girlfriend presented evidence to prove that his compensation claim was  fraudulent.

Liam Royle, 23, of Eccles, was found fundamentally dishonest by District Judge Iyer at the Civil Justice Centre in Manchester, after the company challenged his claim in light of the evidence, which included video footage of him dancing to Gangnam Style by the pool.

Royle applied for compensation after claiming that he had suffered for five days with stomach cramps, diarrhoea and vomiting, as a result of food poisoning whilst on a week-long holiday at a tourist complex in Protaras in August 2015.

However,  Royle’s ex-partner, who was on holiday with him at the time, provided evidence proving that these claims were a complete fabrication.

In his claim, Royle stated that he suffered from ‘personal injury’ and a ‘loss of enjoyment’ on his holiday, including ‘missing meals, excursions, swimming time and other general activities’. However, Jet2 were able to use a dossier of evidence provided by Royle’s ex in court, proving that he had been fundamentally dishonest.

This evidence includes video footage of Royle dancing to ‘Gangnam Style’ next to the pool on one of the days that he was allegedly ill, as well as photographs taken on the holiday showing him swimming in the pool and enjoying the evening entertainment.

It also shows that Royle took a 15-minute taxi ride to Ayia Napa, where he walked around the shops and ate a McDonalds. It also states that he did not skip meals, that he drank beer and cocktails, and that the holiday was ‘fabulous’.

When giving his judgment, District Judge Iyer said: “Even applying the most rigorous test, I cannot avoid the finding that there has been dishonesty in his claim of sickness. A statement of truth was signed by Mr Royle knowing that it contained fundamental lies, and he gave incorrect information to his medical expert, and as a result a claim was issued.”

Steve Heapy, CEO of Jet2.com and Jet2holidays said: “We have worked very hard to tackle the problem of false sickness claims and to protect holidaymakers against the risks of getting involved in such dishonest activity, but unfortunately there is a minority who think that they can get away with it. This judgment shows that there are very real consequences to making false sickness claims, and Mr Royle must now pay the price. We would like to thank Mr Royle’s ex-girlfriend for her honesty, and although this is an unusual case, anyone making a fake sickness claim should be fully aware that we will robustly investigate and defend any claims that are dishonest or illegitimate.”