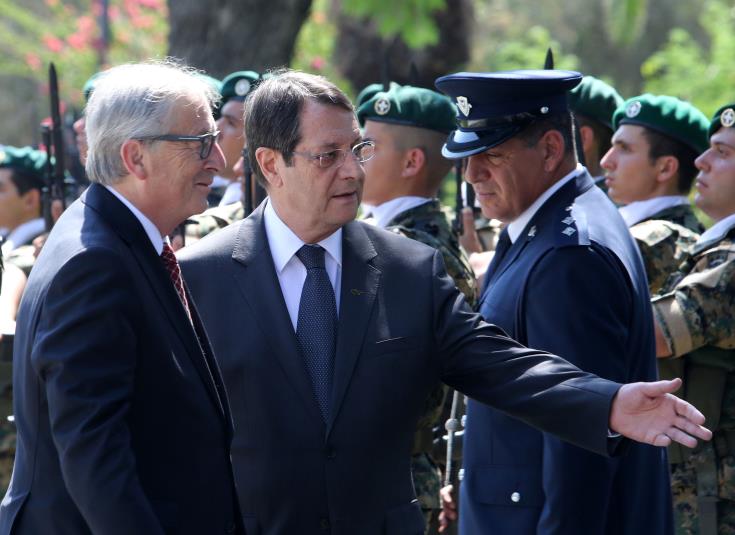 The failure to reunify Cyprus during his term in office is one of the European Commission President Jean Claude Juncker`s two big regrets, as he told the Agsburger Allgemeine newspaper, during an interview.

More specifically Juncker said: “I am saddened that we did not get the reunification of Cyprus. I told the Cypriot friends: ‘you probably will not find another one who is so concerned about you. And I am also disappointed that, despite great efforts, it has not been possible to bring the framework agreement with Switzerland to a happy end. I told the Swiss: ‘you will not find such a friend of your country.”

Cyprus has been divided since 1974 when Turkish troops invaded and occupied 37% of its territory. Turkey has ignored numerous UN resolutions calling for the withdrawal of the Turkish troops and respect of the integrity and sovereignty of the Republic of Cyprus. Repeated rounds of UN-led peace talks have so far failed to yield results. The last round of negotiations, in the summer of 2017, at the Swiss resort of Crans-Montana ended inconclusively.