Factbox: Latest on the spread of coronavirus around the world 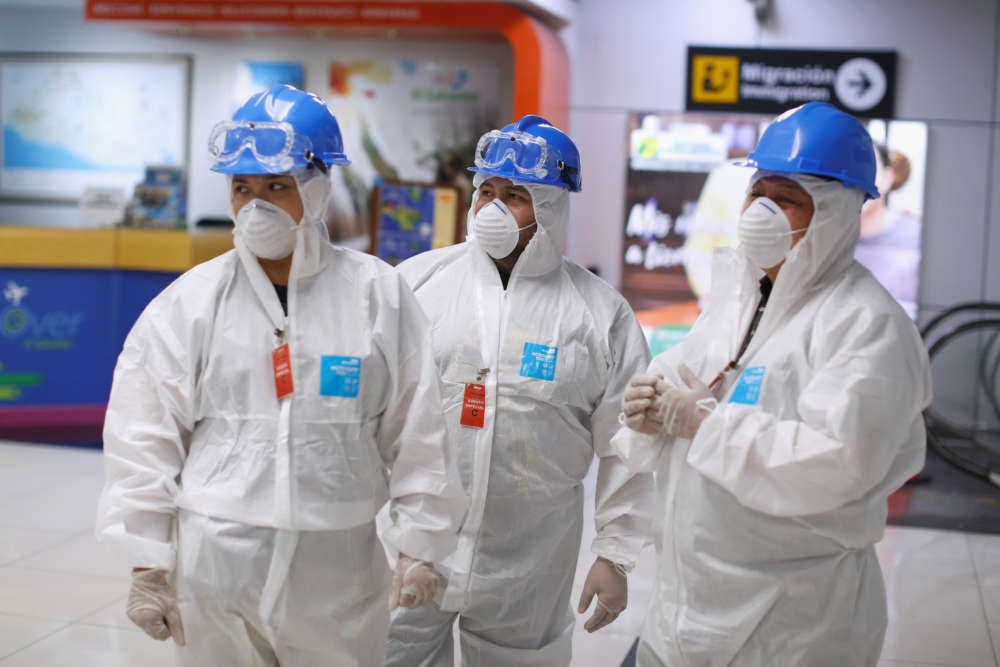 The number of people infected with coronavirus topped 110,000 across the world as the outbreak reached more countries and caused more economic damage.

* More than 110,000 people have been infected by the coronavirus across the world and over 3,800 have died, according to a Reuters tally of government announcements.

* Mainland China, where the outbreak began, had 40 new cases as of Sunday, down from 44 cases a day earlier. Total confirmed cases rose to 80,735, while the death toll touched 3,119.

* Total cases in the United Kingdom rose by 30% to 273 and a third person who tested positive for the virus has died.

* Italy ordered a virtual lockdown across a swathe of its wealthy north on Sunday, including the financial capital Milan, in a drastic new attempt to try to contain a rapidly growing outbreak of coronavirus.

* Nineteen people in France have died, authorities said on Sunday. The number of confirmed cases has increased by around 500 over the weekend.

* Germany had 902 confirmed cases by Sunday afternoon. There were just 66 cases on Feb. 29. Health Minister Jens Spahn called on organisers of large public events to cancel them and urged people to stay at home.

* The number of cases in Britain has risen to 273, the Department of Health said on Twitter on Sunday, up from 209 a day earlier, and the biggest one-day increase so far.

* Bulgaria on Sunday reported its first four confirmed cases of the coronavirus.

* Malta reported its first case on Saturday – a 12-year-old Italian girl who lives on the island.

* Oregon Governor Kate Brown declared a 60-day state of emergency on Sunday as cases in the state doubled to 14.

* U.S. passengers on the cruise ship Grand Princess, which had been barred from docking in California because of suspected cases of coronavirus on board, will be sent for testing to at least four quarantine centres, Georgia Governor Brian Kemp said on Sunday.

* Americans, especially those who are vulnerable, may need to stop attending big gatherings as the coronavirus spreads through U.S. communities, a top health official said on Sunday, adding that the possibility of large-scale quarantines cannot be ruled out.

* Costa Rica raised to nine the tally of people infected with the virus in its territory, up from five a day earlier.

* A patient diagnosed with coronavirus died in Argentina on Saturday, the Health Ministry said, marking the first death related to the virus in Latin America.

* Paraguay has registered its first case, the Health Ministry said on Twitter on Saturday.

* Bangladesh on Sunday confirmed its first three cases, two of them in people recently returned from Italy.

* The Maldives has curbed movement on several resort islands, authorities said on Sunday, after the country reported its first two cases of coronavirus.

* The Japanese city of Kobe said a woman in her 40s has tested positive.

* Japan’s health minister said testing capacity would increase by the end of the month, as national health insurance begins to cover it.

* Iran said 194 people had died from coronavirus and 6,566 were now infected, in a TV announcement by the Health Ministry on Sunday.

* A 60-year-old German tourist has died in Egypt, becoming its first fatality from the new coronavirus, the Health Ministry in Cairo announced on Sunday.

* Saudi Arabia reported four new cases on Monday, bringing the total of registered cases to 15. On Sunday, it imposed a temporary lockdown on its eastern Qatif province, home to a large Shi’ite Muslim population.

* Thirteen Americans quarantined in a West Bank hotel on suspicion of having caught the coronavirus have tested negative and will leave soon, a Palestinian official said on Sunday.

* Cameroon and Togo confirmed their first cases of coronavirus on Friday, bringing the number of countries in sub-Saharan Africa reporting infections to five.

* A man in his 80s died in a Sydney hospital, becoming the third casualty in Australia, state health authorities said on Sunday. Federal Minister for Health Greg Hunt said the government has secured an additional 54 million face masks to help protect medical workers.

* The epidemic will cause global FDI to shrink by 5%-15% from previous forecasts, resulting in only marginal growth in 2020-21, with automotive, airlines and energy industries hit hardest, a UN report indicated.

* Japan’s economy shrank more than initially estimated in the fourth quarter – by the most since the 2014 sales tax hike – exacerbating fears for economic prospects at a time when the impact of the epidemic is increasing recession risk.

* China’s exports contracted sharply in the first two months of the year, and imports slowed, as the health crisis triggered by the coronavirus outbreak caused massive disruptions to business operations, global supply chains and economic activity.

* U.S. officials are wrestling with what to do in the worst-case economic scenarios, if large numbers of people can’t go to work, are told to stay home, or stop going out in public entirely.

* Strategists from top U.S. financial firms have cut their earnings per share and other targets for the S&P 500 and globally as the expected impact of the coronavirus on corporate results escalated.

* British finance minister Rishi Sunak, under pressure to fund the fight against the coronavirus and meet election promises in this week’s budget, has said he is looking at possible changes to rules which could allow him to spend more.

* The European Central Bank has told most of its more than 3,500 staff to work from home on Monday to test how it could cope with a shutdown over coronavirus concerns, a spokesperson said Sunday.

* The Asian Development Bank said the outbreak could slash global economic output by 0.1-0.4%, with financial losses forecast to reach between $77 billion and $347 billion.

* Global share markets tumbled as panicked investors fled headlong to bonds to hedge the economic trauma of the coronavirus, and oil plunged more than 30% after Saudi Arabia opened the taps in a price war with Russia.

* Gold prices jumped past the $1,700 per ounce level for the first time since late 2012, as the outbreak and a plunge in crude oil hammered equities.

* The Indian Wells tennis tournament, the most prestigious event outside the Grand Slams and tour finals, was cancelled.

* The Bahrain Formula One Grand Prix will go ahead this month without spectators.

* Japan’s sumo wrestlers faced off for the spring grand tournament on Sunday in front of empty seats in Osaka.

* Britain’s government has called a meeting with its sports authorities and broadcasters on Monday to discuss how events could be staged without fans present if the outbreak escalates, two people familiar with the matter said.

* Saying he felt “caged”, Pope Francis delivered his Sunday blessing over the internet from inside the Vatican instead of from a window to stop crowds gathering during Italy’s coronavirus outbreak.

* The South by Southwest music, technology and film festival in Austin, Texas, scheduled for March 13 to 22, was cancelled on Friday.

* The World Economic Forum has postponed a Latin America conference set to be held in Brazil at the end of April.

* The oil and gas industry is cancelling key networking events and academic and technical meetings, shifting some to virtual conferences.

* The Barcelona marathon scheduled for March 15 has been postponed until October.

* The Alpine skiing World Cup finals in Cortina d’Ampezzo, Italy, scheduled for March 18-22, have been cancelled.

By In Cyprus
Previous articleHigh cloud, temperatures at 25 C inland and light dust in the atmosphere
Next articleCoronavirus: Committee extends closure of checkpoints pending cabinet meeting