FACTBOX-EU pros and cons of delaying Brexit beyond March 29 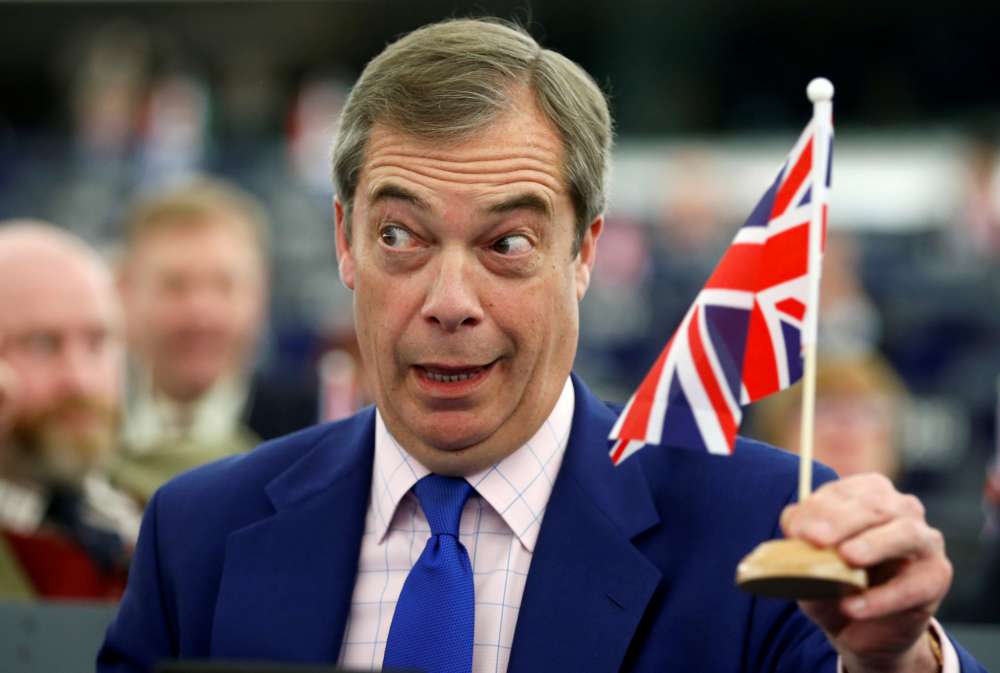 The European Union expects British Prime Minister Theresa May to request a Brexit delay beyond March 29 after the divided UK parliament voted down her divorce agreed with the bloc for the second time on Tuesday.

Lawmakers in the House of Commons will vote at 1900 GMT on Wednesday on whether to leave without agreements to mitigate disruption expected on both sides of the English Channel.

Parliament is expected to reject a no-deal Brexit, although this will have no legal force. On Thursday, it will then vote on whether to ask the EU for a delay to Brexit.

Any such delay beyond March 29 – a date May herself had set for leaving – would need to be agreed unanimously by the other 27 national EU leaders. They will discuss the matter for the first time together next Thursday.

Here are the main schools of thought on extending the Brexit negotiating period known as Article 50, from a part of EU law regulating departures that is now being used for the first time.

The bloc said Britain must make up its mind on how long an extension it would want and what for exactly.

It insists there will be no more negotiations of their troubled divorce package – including a declaration on their future ties – during any extension.

Probably the least likely scenario at this stage as it would lead to an abrupt no-deal divorce on March 29 and the EU would not want to take any blame for the ensuing economic disruptions.

But proponents of this route say Brexit has hijacked the EU’s agenda and distracted the bloc from dealing with key challenges for too long and that the deepening acrimony should end now.

An extension of up to eight weeks has so far emerged as the most likely scenario, with a firm deadline around the EU-wide parliamentary elections due May 24-26.

European Commission head Jean-Claude Juncker said on Monday Britain needs to be out on May 23 at the latest, or else it would be under legal obligation to organise European Parliament elections on its soil.

Britain does not want to do that and the bloc does not trust it would, potentially opening another legal fight row the two.

“There is an understanding that to delay beyond the European Parliament vote is very risky, a serious problem,” an EU diplomat said after envoys from the 27 member states staying together after Brexit discussed the matter in Brussels on Wednesday.

Few in the bloc, however, believe that a short delay would break the persistent deadlock in Britain, which reflects how the cabinet, parliament and nation are divided over Brexit.

If nothing else, though, it would give more time for contingency preparations, delaying the cliff-edge Brexit until late May or even late June at the latest.

The bloc wants Britain to present a specific roadmap to approving the troubled divorce deal during any extension.

But many diplomats and officials in the EU political hub Brussels admit the bloc would not really be in a position to refuse such a request and would grant a short delay regardless, albeit reluctantly.

France has been most outspoken about not agreeing to a Brexit delay without a clear plan from London on how to push the stalled divorce agreement over the line in the House of Commons during that time.

German Chancellor Angela Merkel, on the other hand, has suggested Britain could get more time.

A complicated option because it could open the way to legal challenges of the legitimacy of the European Parliament, or even the executive European Commission that the new chamber is due to pick by the end of the year, after May’s European elections.

But it is not entirely ruled out either.

EU talk of a long extension – through the rest of this year or even until the end of 2020 – was in part aimed at putting pressure on the hardline eurosceptics in May’s Conservative Party to back her deal, or risk Brexit potentially never materialising at all.

Advocates within the EU say a long delay could open the way to a second referendum or a national election that could upend Brexit.

Or it could give Britain time to change its mind on May’s negotiating red lines and decide to seek a closer relationship with the EU after Brexit, such as the customs union proposed by the opposition Labour Party.

But critics say that this would come at a great risk and cost to the EU itself, potentially extending the uncertainty for years and sapping time, resources and energy from the bloc that would be better used elsewhere.

It could also mean letting a contingent of eurosceptic UK lawmakers into the bloc’s new parliament and potentially having them stay the whole, five-year term, giving them a say on EU affairs even after Britain might have left.

By In Cyprus
Previous articleGame service to release 79,000 partridges for hunting
Next articleForestry dept: EU funds crucial to environmental protection