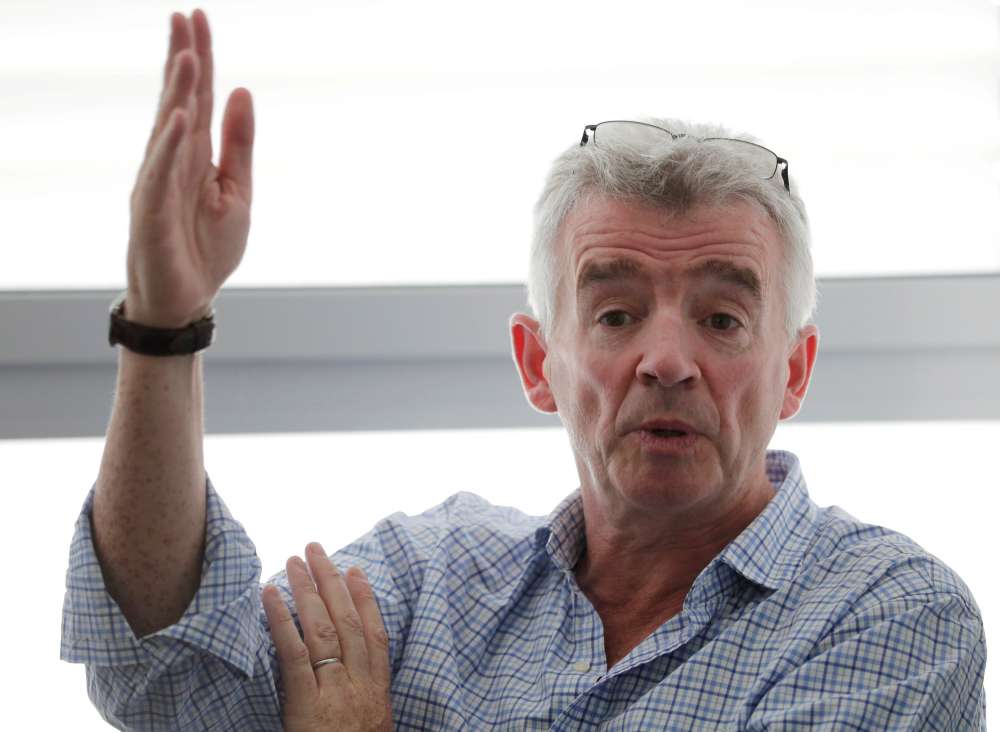 Faced with the prospect of widening strikes by crews in Europe, Ryanair Chief Executive Michael O’Leary on Tuesday threatened to move more jobs to Poland if walk-outs hurt its business.

Europe’s largest airline by passenger numbers pledged in December to recognise unions for the first time but it has struggled to reach collective labour agreements with some.

Its pilots in Germany voted overwhelmingly on Monday in favour of striking, adding to Ryanair’s recent labour woes after strikes last week by Dublin-based pilots and stoppages by cabin crew in Italy, Spain, Portugal and Belgium.

Ryanair, which operates from 86 bases in 37 countries and carried 130 million passengers last year, has already said it plans to move crew and planes from Dublin, saying strikes there are harming bookings.

O’Leary on Tuesday said he was prepared to cut jobs “in any market” if necessary.

“We are the ultimate opportunistic airline,” O’Leary told a news conference at its Austrian unit Laudamotion’s offices.

“We have today – in Ryanair – 20 markets that need more aircraft. We’re short of aircraft in almost every market in which we operate because of the demand for our prices, our services,” he said, adding those included Poland, which is home to its Ryanair Sun unit.

Pilots are demanding more transparent systems for promotions and transfers to reduce what they say is excessive management discretion over their careers, while cabin crew want local contracts and better conditions.

“As long as there’s common sense on their side then we’ll reach agreements,” O’Leary said, speaking of unions and pilots in general.

O’Leary also said he wanted to grow Laudamotion and Ryanair Sun more quickly, which would require additional planes and crew – a challenge in today’s environment. If an airline collapsed, however, that would make crew and planes more readily available.