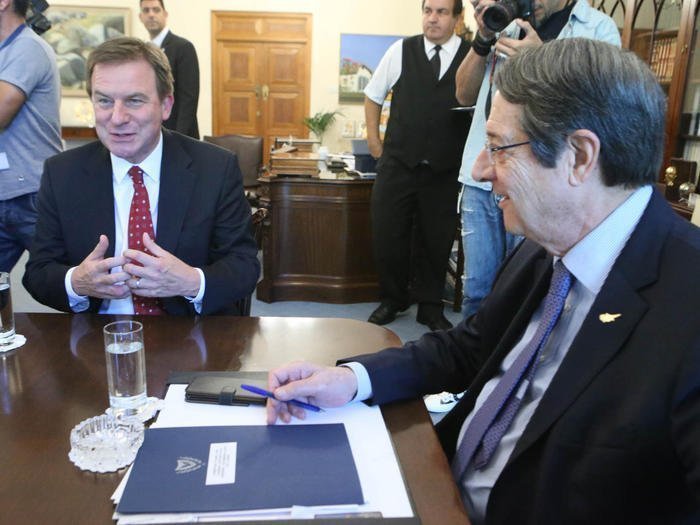 ExxonMobil, with partner Qatar Petroleum,  is focused on its planned drills in plot 10 of Cyprus EEZ before the end of 2018, senior vice president Neil Chapman said on Friday after a meeting with President Nicos Anastaasiades.

He did not exclude the possibility that the energy giant may also express an interest in plot 7, but said the company has still not looked at it in detail.

It was also premature to talk of cooperation with Total for that specific plot, he added

The government said yesterday that it would invite companies with exploration licenses in plots bordering plot 7 to express an interest.

Also participating in the meeting were Foreign and Energy Ministers Nicos Christodoulides  and Yiorgos Lakkotrypis and government spokesman Prodromos Prodromou.