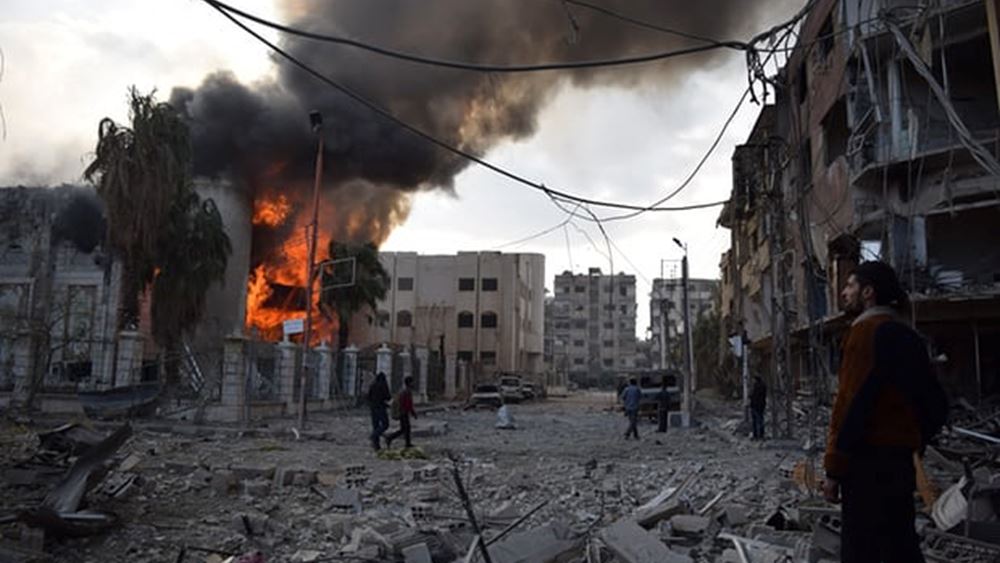 At least 13 people were killed and more than 30 injured in the Syrian town of Tel Abyad on Turkey’s border after a car bomb exploded in a market on Saturday, according to Turkish state media and the Syrian Observatory for Human Rights.

Tel Abyad is one of two major border towns that were the initial focus of Turkey’s cross-border assault in recent weeks to capture territory from Kurdish militia in northern Syria.

Turkey’s government blamed the Syrian Kurdish YPG militia and the Turkey-based Kurdistan Workers Party (PKK) for the “inhuman attack”. The Observatory said pro-Turkey fighters and civilians were among the dead and injured in the car explosion.

Turkey’s state-owned Anadolu Agency said 13 were killed after a “bomb-laden vehicle” exploded in a marketplace in the centre of Tel Abyad.

The town is where some of the heaviest fighting has taken place since the Turkish military launched its incursion last month in northeast Syria against the YPG, which for years was allied to the United States in the fight against Islamic State.

“We condemn this inhuman attack of the bloody PKK/YPG terrorists who attacked the innocent civilians of Tel Abyad who returned to their homes and lands as a result of the Operation Peace Spring,” Turkey’s defence ministry said on Twitter.

A spokesman for the Syrian Democratic Forces, which includes the YPG, was not immediately available for comment.

On Friday, Turkish and Russian troops in armoured vehicles held their first joint ground patrols in northeast Syria under a deal between the two countries that forced the YPG away from territory near Turkey’s border.

On Oct. 9, days after President Donald Trump’s abrupt decision to pull out U.S. troops, Turkey and allied Syrian rebels launched a cross-border offensive and seized control of Tel Abyad and some 120 km (75 miles) of land along the frontier.