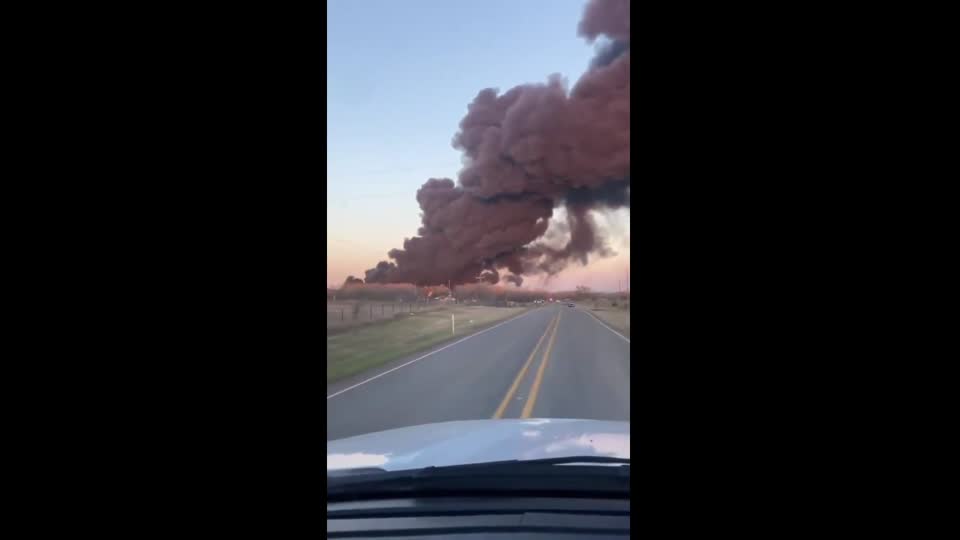 An 18-wheeler collided with a train in Milam County, Texas, on Tuesday morning, February 23, causing several fuel tank cars to catch fire, reports said. Footage taken by Ryan Kyburz just after 7 am shows a fiery explosion and smoke billowing from the scene of the crash in Cameron, near Highway 190. Officials told local media that both the driver of the truck and the conductor of the train, which was carrying petroleum, were uninjured.

By gavriella
Previous articlePresident participates in teleconference with EC President, EU heads of state
Next articleEU calls on China to allow “meaningful access” to Xinjiang