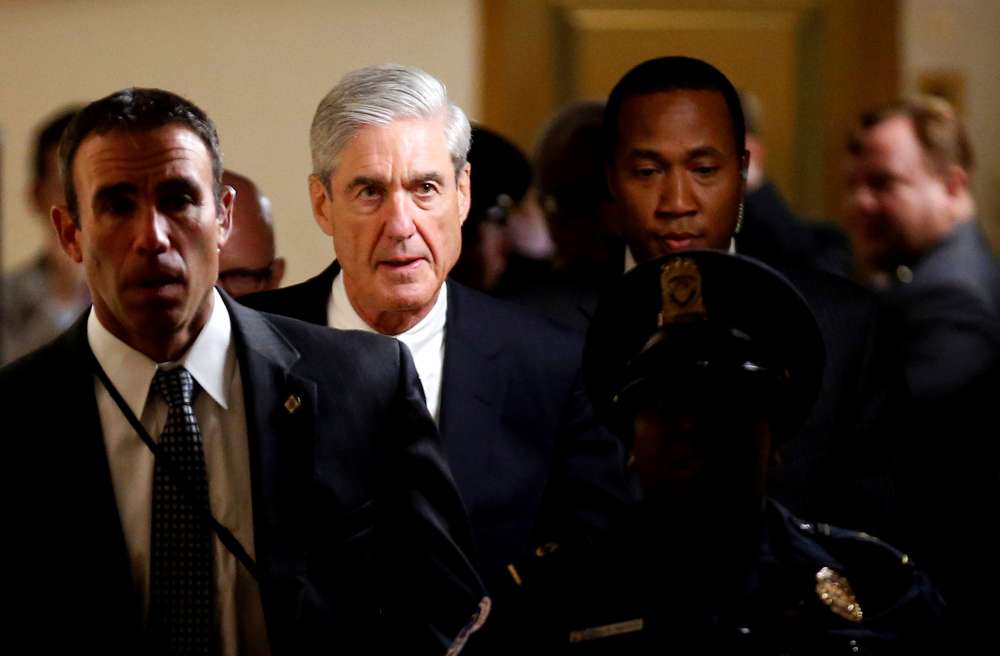 A lavishly detailed 445-page report by Independent Counsel Kenneth Starr released by the U.S. House of Representatives in 1998 concluded that President Bill Clinton “committed acts that may constitute grounds for an impeachment” and paved the way for an unsuccessful attempt in Congress to remove him from office.

But Special Counsel Robert Mueller’s impending report on the findings of his investigation into Russia’s role in the 2016 U.S. election may far fall short of the searing and voluminous Starr report, legal experts said, in part due to constraints on Mueller that did not exist when Starr produced his report.

The Starr report presented explicit details about Clinton’s sexual encounters with a White House intern named Monica Lewinsky and accused Clinton of specific crimes including perjury, attempted obstruction of justice, witness tampering and “a pattern of conduct that was inconsistent with his constitutional duty to faithfully execute the laws.”

Starr operated under an independent counsel law that has since lapsed. Mueller’s powers differ from those of Starr, and Justice Department regulations place limits on him that Starr did not face. Mueller since May 2017 has looked into whether Trump’s 2016 campaign conspired with Russia and whether the president unlawfully sought to obstruct the probe.

Here is an explanation of some of the factors that may limit what ends up in Mueller’s report to U.S. Attorney General William Barr and what ultimately may be released to the public.

WHAT DO JUSTICE DEPARTMENT REGULATIONS CALL FOR?

Congress let the independent counsel law expire in part because of concern among some lawmakers that Starr had exceeded his mandate. The Justice Department then crafted regulations to create the job of special counsel in 1999, with certain limits on powers.

The department’s No. 2 official, Rod Rosenstein, appointed Mueller to take over the Russia investigation after Trump fired FBI Director James Comey, whose agency had led the probe, and directed Mueller to abide by the special counsel regulations.

But the regulations provide only limited guidance on the parameters of Mueller’s final report, stating that at the conclusion of his work he should provide the U.S. attorney general, the nation’s top law enforcement official, with a “confidential report” explaining his “prosecution or declination decisions.” The term “declination decisions” refers to judgments that Mueller made not to bring criminal charges against a given individual. Mueller already has brought charges against 34 people – including the former chairman of Trump’s campaign Paul Manafort and other campaign figures, Trump’s former personal lawyer Michael Cohen and former national security adviser Michael Flynn – and three Russian companies.

The regulations require Barr to notify the top Republicans and Democrats on the House and Senate Judiciary Committees that Mueller’s investigation has concluded. The Justice Department’s policy calls for Barr to summarize the confidential report for Congress with “an outline of the actions and the reasons for them.” According to the regulations, Barr “may determine that public release of these reports would be in the public interest, to the extent that release would comply with applicable legal restrictions.”

WHAT HAS BARR SAID ABOUT WHAT HE WILL RELEASE?

In his January Senate confirmation hearing, Barr provided some insight into his thinking. He said that “it is very important that the public and Congress be informed of the results of the special counsel’s work.” Barr added, “For that reason, my goal will be to provide as much transparency as I can consistent with the law. I can assure you that, where judgments are to be made by me, I will make those judgments based solely on the law and will let no personal, political or other improper interests influence my decision.”

House Democrats have vowed to subpoena the report and go to court if necessary to win its full release.

Some legal experts said the text of the 1999 regulations and the context under which they were written in the aftermath of the Starr report signal that Mueller should not write a lengthy narrative like Starr did, but rather deliver straightforward and concise findings. The regulations were intended to give a special counsel some independence while ensuring a degree of accountability and oversight by the Justice Department.

But some experts said Mueller would be well within his power to provide Congress with information it can use to conduct further investigations. Leon Jaworski, who served as a special prosecutor during President Richard Nixon’s Watergate scandal, adopted this approach when he finished his investigation. Jaworski’s “road map” document, which helped prompt Nixon’s resignation, remained secret until 2018.

Comey, in a Washington Post opinion piece on Tuesday, urged Barr to make an expansive release, saying “a straightforward report of what facts have been learned and how judgment has been exercised may be the only way to advance the public interest.”

PROOF BEYOND A REASONABLE DOUBT

There is a tension between a decades-old Justice Department policy against public comment on decisions not to bring criminal charges and the requirement in the special counsel regulations that Mueller explain which criminal cases he brought and which ones he declined to bring. Rosenstein in February said, “If we aren’t prepared to prove our case beyond a reasonable doubt in court, then we have no business making allegations against American citizens.”

This policy might lead Mueller to keep his explanations of his declination decisions brief, legal experts said, and Barr subsequently could opt not to disclose those parts of the confidential report. Department policy, presented in a 1973 Nixon-era memo and reaffirmed in a 2000 Clinton-era memo, is that a sitting president cannot face a criminal indictment.

Some lawyers have said this policy, combined with the practice of generally not explaining decisions not to prosecute someone, limits what Mueller can put in the report about Trump’s conduct. Other lawyers have said Jaworski, who had an analogous role, set a precedent that Mueller would be within his power to lay out a case for removing Trump from office through impeachment, as Starr did with Clinton in 1998.

By In Cyprus
Previous articleFinMin bears responsibility for co-op collapse, investigating committee finds
Next articleCyprus 26th out of EU-28 for share of women in parliament and government