EXPLAINER-Assange arrested in London after seven-year refuge in embassy 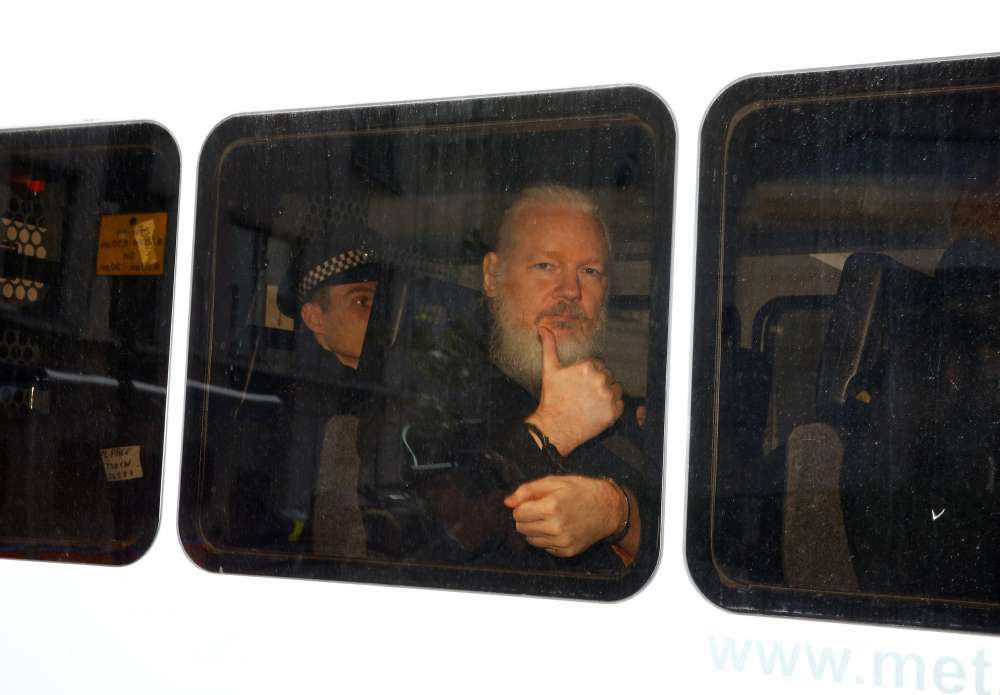 WikiLeaks founder Julian Assange was arrested by British police on Thursday after Ecuador withdrew his asylum which had allowed him to take refuge in the country’s embassy in London since 2012.

WHO IS JULIAN ASSANGE?

An Australian-born computer hacker who has spent much of his life on the road, Assange, 47, says he is a champion of free speech. He founded WikiLeaks in 2006 and it published secret official information including hundreds of thousands of diplomatic cables, infuriating the United States and other countries.

Assange’s supporters see him as a hero who challenges censorship and champions transparency. Others say he risked security by revealing secret documents.

WHY WAS HE IN ECUADOR’S EMBASSY IN LONDON?

In November 2011, London’s High Court said Assange should be extradited to Sweden for questioning over alleged sex crimes after accusations by two former WikiLeaks volunteers in 2010.

After losing an appeal, Assange took refuge in the embassy in June 2012 as a way to avoid being extradited. In August of that year he was granted political asylum by the anti-American left-wing former Ecuadorean president Rafael Correa.

He remained there after Sweden dropped the investigation against him in 2017 because Assange feared the United States wanted to prosecute him.

Sweden’s then Chief Prosecutor Marianne Ny said in 2017 that the Swedish probe could be reopened should the situation change.

WHY DID ECUADOR CHANGE ITS MIND ABOUT ASSANGE?

In 2017 elections, Correa was replaced as Ecuadorean president by Lenin Moreno. Although he had been Correa’s vice-president for six years, the two fell out and Moreno has since moved Ecuador’s foreign policy to a more U.S.-friendly stance.

He has been openly critical of Assange in recent months, calling him an inherited problem and accusing him of violating the rules of his asylum.

WHAT SECRETS DID WIKILEAKS REVEAL?

In July 2010, WikiLeaks released more than 91,000 documents, most of them secret U.S. military reports about the war in Afghanistan. In October of that year, it released another 400,000 classified military files chronicling the war in Iraq from 2004 to 2009.

HAS THE UNITED STATES SAID IT WILL SEEK HIS EXTRADITI0N?

Due to a clerical mistake, a document filed by federal prosecutors in Alexandria, Virginia, in an unrelated investigation last year, revealed that Assange had secretly been indicted by U.S. authorities.

Prosecutors have acknowledged the authenticity of the document but have refused to either confirm or deny that Assange has been criminally charged under U.S. federal law.

WHAT HAS ECUADOR SAID SINCE THE ARREST?

Ecuador’s Moreno said the South American country had complied with its duties to Assange under international law and said Wikileaks repeatedly violated the rules of his asylum, including a provision which was meant to stop him intervening in the internal matters of other countries.

A leak of Vatican documents in 2019 was the most recent example of Assange violating that policy, Moreno said in a video posted on Twitter.

Ecuador has “reached the limit of its patience” with Assange, Moreno said, accusing him of installing “electronic distortion equipment”, blocking security cameras, mistreating guards and accessing embassy files without permission.

“I requested Great Britain to guarantee that Mr Assange would not be extradited to a country where he could face torture or the death penalty,” Moreno said. “The British government has confirmed it in writing, in accordance with its own rules.”

WHAT HAS THE UNITED KINGDOM SAID SINCE THE ARREST?

“Julian Assange is no hero. He has hidden from the truth for years and years. It is right that his future should be decided in the British judicial system,” Foreign Secretary Jeremy Hunt told Sky News after the arrest.

Junior foreign minister Alan Duncan thanked Ecuador for paving the way for Assange’s arrest by withdrawing his asylum after “extensive dialogue” between London and Quito.

By In Cyprus
Previous articleAssociation: Half of lifeguard towers closed because of hiring delays
Next articleMother of Alki Oroklini footballer murdered during burglary in Liberia