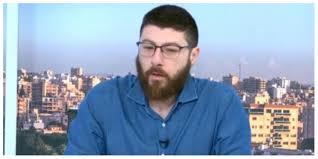 Dr Constantinos Tsioutis, Assistant Professor, Internal Medicine & Infection Prevention and Control at the Department of Medicine of the European University Cyprus and head of the scientific committee on Covid-19 told CNA on Friday that the pandemic will not be fully under control within 2021, “which means that it will also probably be with us in a milder form in 2022.”

Tsioutis who was replying to a CNA question on the duration of immunity vaccines offer said that “a year has yet to pass since these vaccines were tried on people.”

“It has been about seven months since clinical trials begun and all participants are being monitored continuously,” he noted, adding that “it seems that immunity lasts certainly for seven months.”

The possibility that it lasts for a year is just a projection, he said, adding that it may last even longer but that is not yet known.

If need be, Tsioutis continued, we will inoculate again, pointing out that this will also depend on how many people receive the vaccine during the first year and how much the course of the pandemic will be placed under control through inoculation. That is to say, he noted, “whether we still have many cases whether they have been reduced, whether the surges of the pandemic observed have lessened.”

These are all things which we will have to see, he said.

Tsioutis, expressed the view that the pandemic will not be fully under control within 2021, “which means that it will also stay with us probably in a milder form in 2022.”

Therefore, if vaccines offer protection for one year we will need to be inoculated again, he said, adding that “we cannot say with certainty because we do not know.”

Asked about Cyprus’ epidemiological picture Tsioutis acknowledged that in recent days an improvement of the positivity rate is observed, adding however that it is still too early to tell.

The rate, he explained gives an indication of the situation as it stands within the community and is not connected with the number of people in hospital.

Covid patients treated in hospitals are people who were contacts of confirmed cases from the last two to three weeks, he said, adding that any change in the number of people receiving hospital treatment will be observed some weeks following the change in the positivity rate of tests.

He also referred to the deaths occurring recently in Cyprus from the disease, pointing out that these are also people who were contacts of others who contracted the disease previously.

Therefore, he noted, “unfortunately we will continue to witness deaths on a daily basis, since in recent weeks we had such a high number of cases in the community and such a high positivity rate.” It will take some time, he said, in order to see this change and under the condition that the positivity rate which has improved will continue this way.

The epidemiologist pointed out that the change witnessed now which started around January 10 and 11 was because the measures taken in December were bearing fruit.

If this improvement is real, he added, this will be evident in the coming days and is not yet due to the lockdown which started five days ago.

According to Tsioutis “it is still too early to see the results of the lockdown.”

Replying to a question he said the epidemiological team monitors data on a daily basis and the matter of easing measures has already been put forward for discussion.

The determining factor in order to be able to go ahead with an easing of measures, he stressed, is to see an improvement in the situation in hospitals.

The pressure hospitals were under due to the large number of Covid-19 patients was what led to the decision to propose stricter measures, he explained.

A significant improvement in the number of people needing hospital treatment will be a condition for measures to be relaxed, he said.

By gavriella
Previous articleSpain’s COVID-19 incidence climbs above 500 cases per 100,000 people
Next articlePresident Anastasides to get the second dose of COVID-19 vaccine next Monday